It was already shown to you briefly in the video I posted yesterday, but here's the story in on the radiator holes in more detail. For anyone interested I once again publish some photographs in chronological order to fully understand the stages it went through. 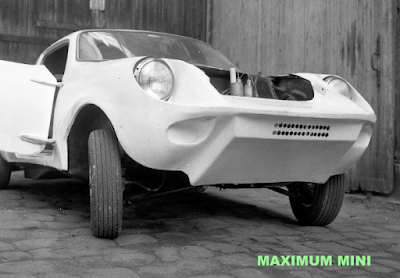 The car is seen here in a very early stage, being build up at Jean-Claude Hrubon's workshop in Paris.
A modest row of holes is made in the front of the car for cooling
Picture Guy Le Page 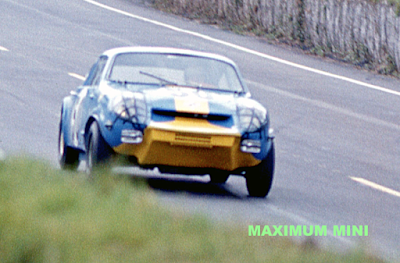 And here on its first outing at Le Mans test on April 3, 1966. Row of holes is still the same. It must have been a cold day as they were taped over later on the day
Picture Guy Le Page 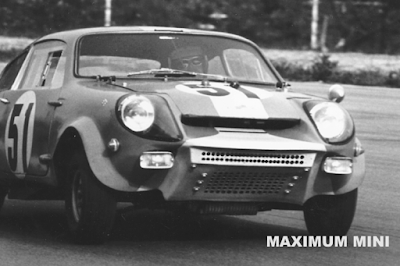 But just three weeks later at the Monza 1000 kms race on 25 April it's quite different. The row is made longer with 10 more holes on each side. Plus the lower front is now heavily drilled, too. There is an added radiator placed behind it
Picture Jeroen Booij archive 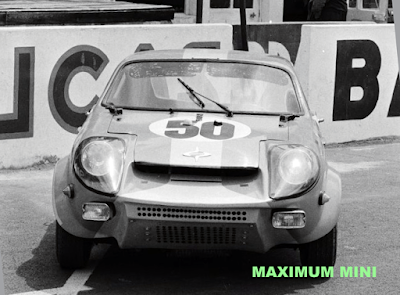 Pit street of Le Mans prior to the 24 hours race on 18 June 1966. Holes are all there, clearly visible in this photograph
Picture Jeroen Booij archive 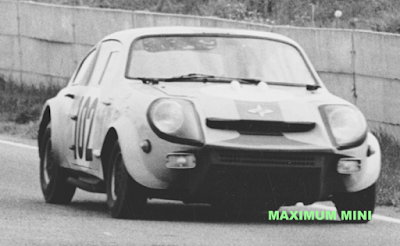 1970 Treffort hill climb. The car is now much modified and road registered in Nice. Much of the lower front has now been cut out, as has the middle of the top, with just four holes left on each side
Picture Jeroen Booij archive 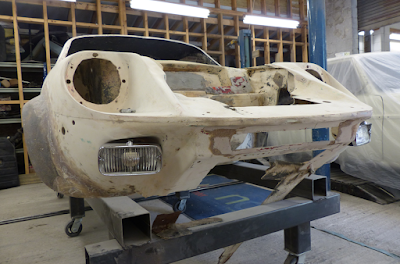 And the car is it is now. Front is still similar as in 1970, seen above. But the four holes on each side have now been closed with fiberglass
Picture Jeroen Booij 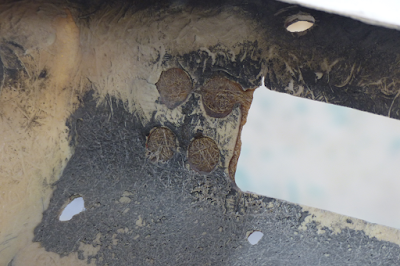 They are, however, still visible from the inside. These are the ones on the left hand side that became visible after having removed the paint
Picture Jeroen Booij 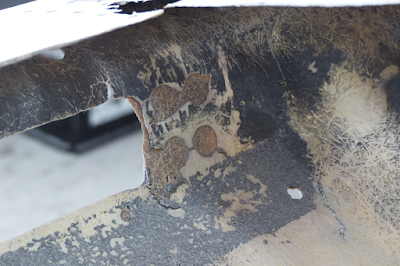 And these are the ones on the right hand side. We also located the holes were the added radiator was bolted on the body shell, one of them visible here on the right
Picture Jeroen Booij

Mores in this series here: