Now that the crazy Alex tremulis designed and Mini Cooper powered Gyro-X prototype is fully restored and presented at Pebble Beach, we'd like to see it in motion, don't we? Over to Wayne Hadfield who sent me a little video of the thing on the move, see below. It's great to see the gyroscope really working so well (more about the restoration here) and it looks like Jeff Lane and his team at the Lane Motor Museum have done a terrific job. The car didn't win its class of 'American Dream Cars of the 1960s' but did get home to Tennessee with the Dean Batchelor Trophy, named after the late American hot rodder and motoring journalist with the same name. Congratulations!

It works! Gyro-X in motion. The Mini engine makes it move, the gyroscope keeps it in balance
Video through Wayne Hadfield 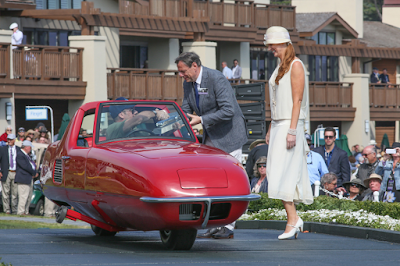 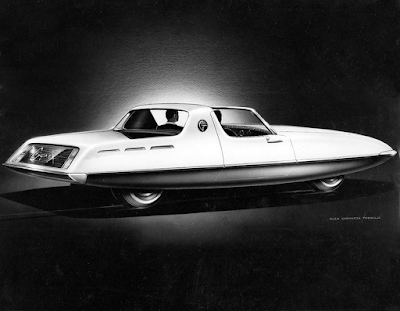