Well, that's a bit of an exaggeration. But it's been a long time since any Broadspeed GTs were offered for sale and thats quite different at this moment. Two of them are original cars, two others are replicas or perhaps I should say 'cars built in the spirit of the GT'. To start with the real cars: these are the factory demonstrator as well as the GTS racer, both shown in the well-known Broadspeed brochure and now both to be found by JD Classics in Essex. They were of course restored by Chris Wooden over a long period of time (beautifully, for sure) and I have asked Chris why on earth he wants to split with them. He didn't want to respond to that, which may indicate he doesn't like to see them go?
The white GT 'EOP 89D' is the road going version, seen at the 1966 Racing Car Show (here) and owned by Barrie Smith and later by Greg Jones (story here) ; the burgundy and silver GTS 'EOP 88D' is the racer with all possible lightweight and competition parts including a highly tuned 1366cc engine. Images and some film footage here and here. When you are interested in buying click here if you dare to see the both of them for sale at JD Classics. Last time they were seen for sale together, they must have been remarkably cheaper! 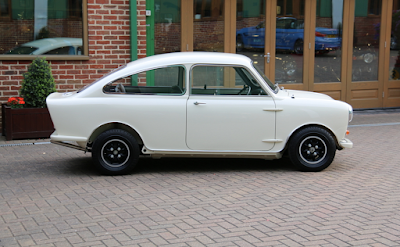 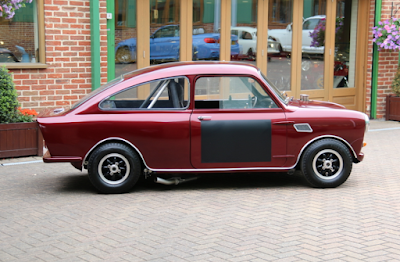 Over to the replicas then. First of them is the car built by Olivier Filliettaz in the south-west of France. The car was based around a 1964 Mini Cooper 998 shell and Olivier carried out all of the construction himself, using fiberglass for the roof construction. It comes with a 1293 engine with Longman head and split Webers, or if you prefer he sells it without the engine. You can find some more information and photographs taken during the built here. The price is on request, see the ad here 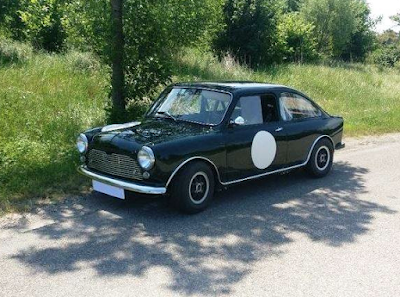 Our final candidate is the Mini GTO or Marspeed GTO built by Church Green in the UK in the early 1990s as a tribute to the Broadspeed. There were just two more GTOs with both of these now in Japan. This example was built up using a new (1991) Mini Cooper with 1300 carburettor engine, bored out to 1380cc and mated to a 5-speed Jack Knight gearbox. The car has been owned by Minispeed in Germany since it was finished but they want to part with it now. Asking price? €85,000. "Yes. A lot of money. But I am worth every penny of it.", states the seller… See his ad here 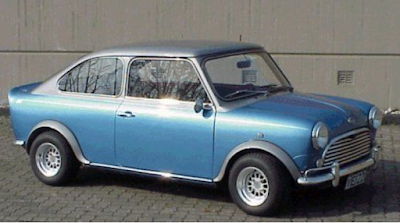 While this one was one of three 'Marspeed GTOs' built in the UK, but in Germany since new
Picture MiniSpeed