I received a message from Samuel Fanouillere, who just finished the restoration of his 1982 Schmitt. He wrote: "Hello Mr. Booij, I am French and a great fan of your books about Mini derivatives. My job is to restore, tune and service classic cars, mostly English ones and I am also a mini collector in a Mini collectors family... I have a 1964 Mk1 8-port Cooper 'S' under restoration and a Mk3 1460cc 7-port race Mini. My girlfriend has a 1998 sportspack Mini while my father's got a 1966 Mk1 Cooper 'S', a 1971 Mk3 Cooper 'S', three 1275 GTs and a 1991 carburettor Cooper. The most interesting for you, however, may be his Hrubon Schmitt on which on I just finished a restoration to make it look good and be reliable. As well explained in your second book, it is the one that was made in the Alsace and its 16,000 kms on the clock are certified from new."

As a fan of the late Jean-Claude Hrubon's work I certainly like it. Hrubon designed the thing as a cheeky little car to beat the parking problem in central Paris. But it proved popular outside the capital, too. Before selling the project to Bernard Schmitt in the Alsace, he had his hands full on building them. He told me: "There were some rich people who bought one, which may have helped. When I moved to Saint-Tropez there were more people wanting one and some ended up up on the decks of yachts." Perhaps this one will do just that? Samuel has asked himself the question what to do with so many Minis to play with…? And with the restoration job just finished, he  has now decided to part with this pristine Schmitt. You will find the ad here. Let's hope it will find a good home very soon. Perhaps just in time to enjoy some sunny Summer drives this year? 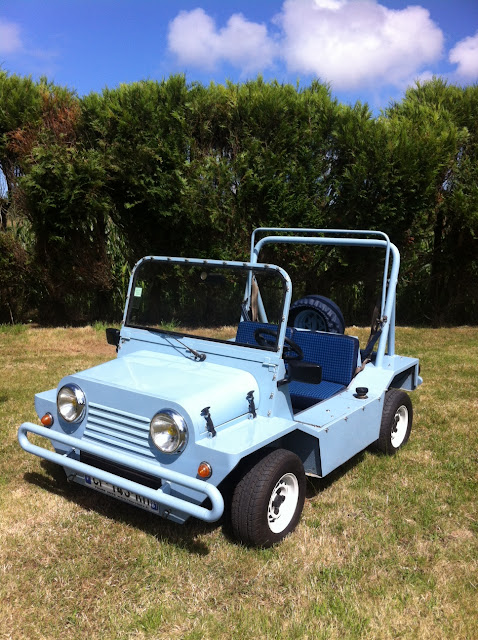 At 2,350 mms the Schmitt is the ideal car to park in congested areas. Or near the beach…
Picture Samuel Fanouillere 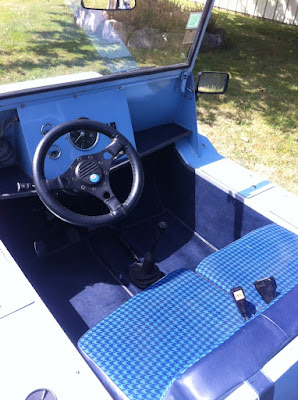 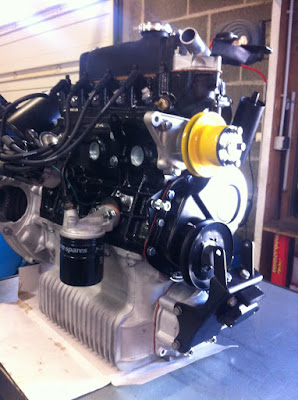 The engine was totally overhauled with all new bolts, gaskets, seals, some of the bearings and more…
Picture Samuel Fanouillere 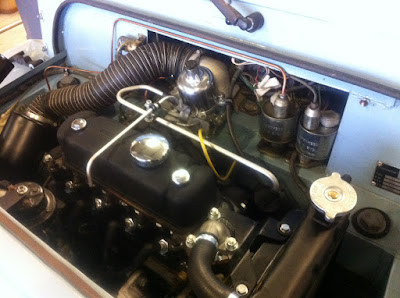 This Schmitt looks like new. Carb has been refitted, as has ignition, clutch, brakes, pipes et cetera…
Picture Samuel Fanouillere