I would never have thought the MiniJem to be a suitable contender for auto crossing but, hey, I was wrong! A single photograph of a Mk1 Jem doing just that (click here) proved it could be done not so long ago. And it even lead to former owners coming in and telling about the restoration of the car (here) or about flying it at high speeds over dirt tracks (here).

Now… these great photographs of another MiniJem doing the same thing were unearthed recently. And I'll be damned if this isn't another rare Mk1! The pictures were taken by Chris Higginbotham in the mid-1970s on a track named Warburton. But that's just about all that we know. Wouldn't it be nice if more info on this one followed, too..? 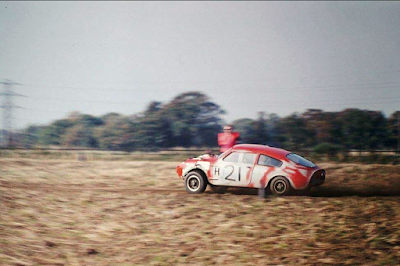 Action! Another MiniJem in a field. This was at Warburton and the car looks like another Mk1
Picture Chris Higginbotham 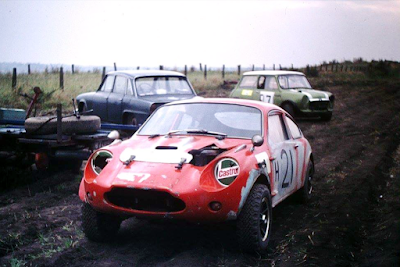 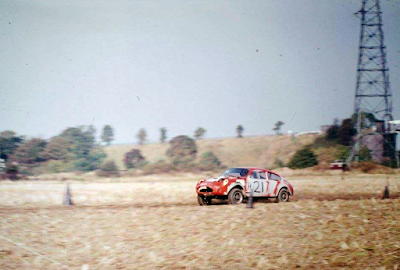 Red paint is coming off, but that doesn't withhold this car from flying over the fields
Picture Chris Higginbotham