In the last couple of months I have become a real hoarder of classic parts and by now the post man knows me by name. I am planning to put all of them together for one picture when all have arrived or have been finished. Well, that's all bar the body and the engine and suspension as these are currently not with me. You will remember the body is in Yorkshire, UK, with Peter and Paul of Seventies Car Restoration, while the mechanicals are currently being built by Philippe Quiriere of Mini World Center in Pau, France. The plan is to have the body finished and painted by next July, then take it over to Le Mans Classic somewhere from 6 to 8 July 2018 and then drive on to Pau in south-western France to fit the mechanicals at Philippe's.

Meanwhile, I had some troubles with the petrol tank. The idea was to use electrolysis in order to de-rust the inside. I’d heard about this, had a look at some DIY movies on Youtube and it all seemed pretty straightforward. Well, I had all the ingredients necessary, had the sender unit in the tank closed and had the set-up ready. But when I filled up the tank with water I soon found that it wasn’t as good as I’d expected. Water leaked from three places on the seal and I had to give up the whole electrolysis plan. Blast! And so I decided there was only one way to go: order a new Mini Van petrol tank (this was used as a base for my tank), cut the old one open, do the same with the new one and weld the bottom half of the new one to the top half of the original one. I contacted my friends at MiniSpares North and they were ever so helpful. They sent over a new Van tank at a special price and it came quickly, too.

Now, welding up a tank isn’t too easy and I was lucky when an old acquaintance told me he new just the man for the job. Martin is an old blacksmith who has been dealing with this sort of job for decades. I called him, drove over to his wonderful workshop where he examined the tank. He saw immediately that it had been autogenously welded and he agreed to do it exactly similar. And he did a marvellous job. He cut the old tank open on the exact seem where it had been welded by Jean-Claude Hrubon all those years ago and placed it together right there, too. He also replaced the old drain plug, blasted the inside and sprayed the outside beautifully in the correct paint. Job done! Meanwhile, I used my electrolysis set-up to de-rust the paddle box and its separate pedals and the few steering column bits that I had. It worked beautifully, too. Stay tuned. 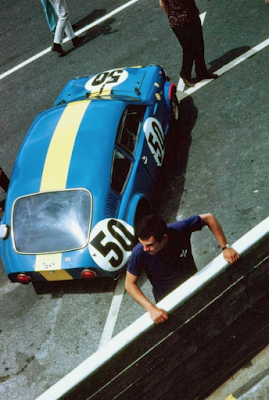 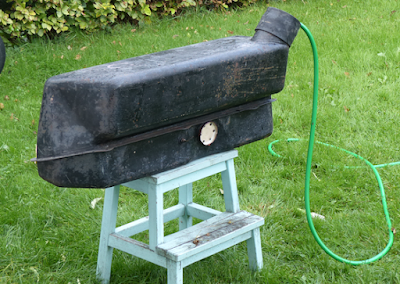 Ready for action, with the tank closed up and about to be filled with water and soda mixture
Picture Jeroen Booij 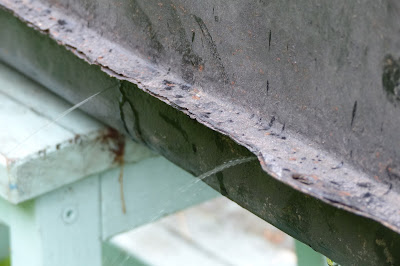 Ouch! Leaks stopped play and there was no way I could use my electrolysis set-up here anymore
Picture Jeroen Booij 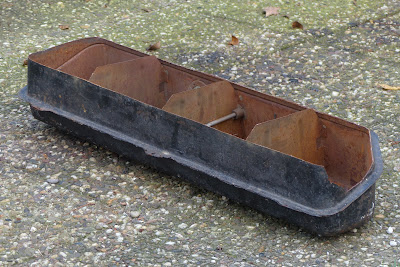 The original tank had to be cut open, just as well as a brand new one. With the genuine piece of Le Mans history seen above now not being used anymore
Picture Jeroen Booij 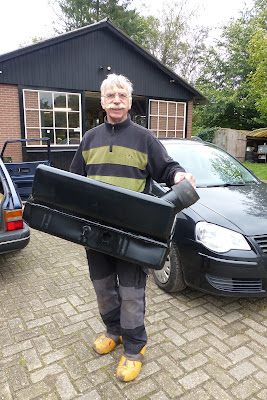 But here's Blacksmith Martin with the original top and new bottom mated together again. He welded them up just like Jean Claude Hrubon did over 50 years ago
Picture Jeroen Booij