Unipower GTs at NEC this weekend

Unipower GT owner Tim Carpenter has been busy organizing a display for the Classic Car Show held at Birmingham's NEC this weekend. Tim's own car is there (chassis number 1), along with the ex-CCC racer of Pete (as here) and the beautifully restored car of Mark Glashier (as here).

Tim sent me a press release, which I'm quoting as a whole here: "Super rare Unipower GT breaks cover on Stand 2-160. The best, least-known mid-engined British production special gets its own stand at the Lancaster Classic Car Show with Discovery this weekend. Never heard of the Unipower GT? Perhaps not surprising as only 71 were built 1966-70 in NW London and lots of survivors emigrated to Japan in the 1980s. Like a small race car for the road, these mid-engined sports cars embody superior design and turn heads to this day. Take a good look. It may be while before you see another one." 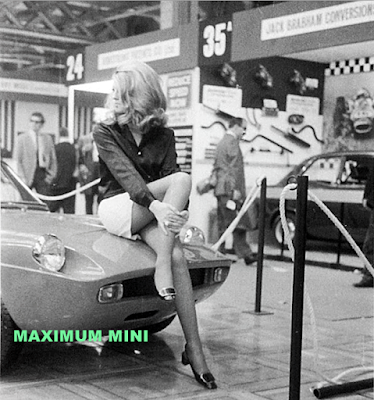