Remember the works-Lightspeed Magenta that was entered in the London to Sydney Marathon back in 1977? Its builder and driver Philip Young passed away, but the car survives and was reunited with Magenta man Steve Johnson back in 2012.

Anyway: the Marathon car was not the only Magenta being rallied. John Hendley navigated Clive Edward Pace in one from 1978 to 1982. This was a 1293 powered car, which they entered in the Manx National and on the Uniband Stages Rally to name just two. Thanks for the photographs John! 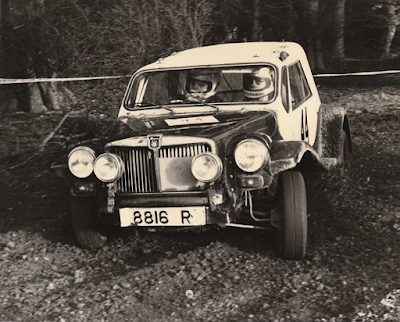 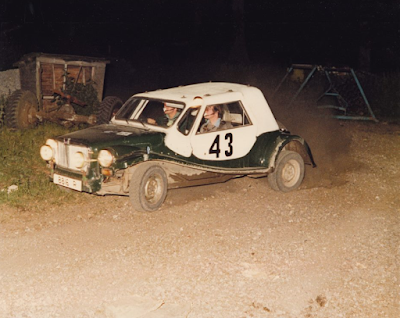 Kicking up some dust. Like the London-Sydney works car it used a now rare hardtop, too
Picture courtesy John Hendley 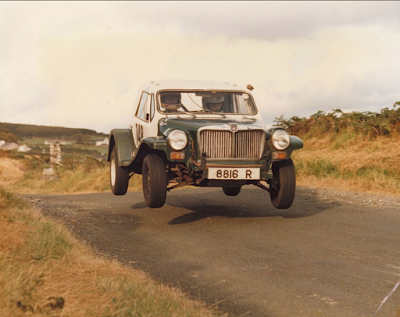 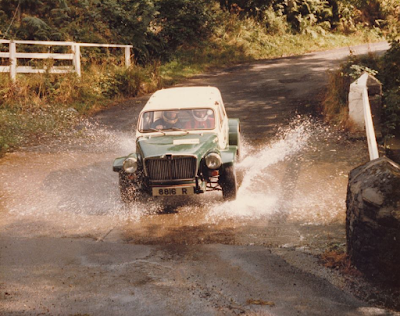 This also is the isle of Man in 1981. The island is always good for some fording!
Picture courtesy John Hendley 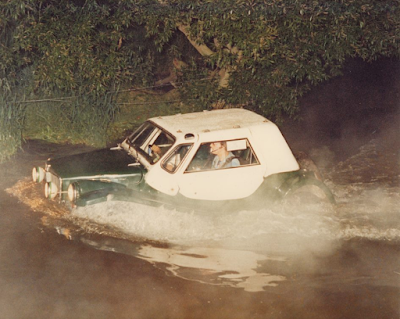 And the Magenta managed to control the water of the infamous Spitfire Bottoms, too
Picture courtesy John Hendley
Geplaatst door Maximum Mini op 10:59