It's almost two years ago that I posted about the Landar R6 of Graham Nevill's dad Gordon Nevill. Back then, Graham sent me some great film footage of the car in action back in 1973 (see it here). Meanwhile, he had another look in the attic and out came some images, too. Graham wrote: "Hello again Jeroen, I have scanned in a few prints of our old Landar R6 which I hope you may find useful to add to the stock, it’s the same car you alerted subscribers to some time ago when I posted the youtube footage. To recap, this is from about 1973 and is the last R6 Landar built which my dad bought new from the Radnalls that year. The phrase ‘where is it now?' always springs to mind... Best wishes, Graham."

Meanwhile, I also asked Mr. Maruyama if it could be his car - as I suggested last time. He wrote: "I think that it is the same car. Same colour and characteristic rear view mirror and the passenger seat oil cooler" He also sent me a copy of the car's V5 document which learned me it had been registered as 'AAB 6D' when in the UK.

But that didn't ring any bells with Graham, who replied: "Thanks for the follow up. I'd seen this R6 before as it’s the one featured in your first book and I did wonder if it was the same one but the wheels put me off. Ours had black Revolutions I think, although it does have those similarities as mentioned. The oil cooler does sit a lot higher on ours and most R6s have the mirror centrally mounted in some form and this one does have a similar shape to ours. This one however does not have lights and neither did ours whereas a lot, at least in the pics available, have headlights fitted. Obviously a lot can change over the years." 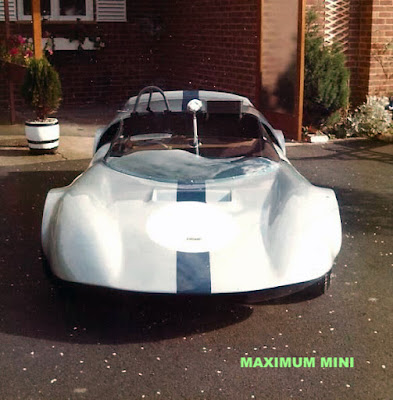 The last of the Landar R6s, when owned by Gordon Nevill back in 1973
Picture courtesy Graham Nevill 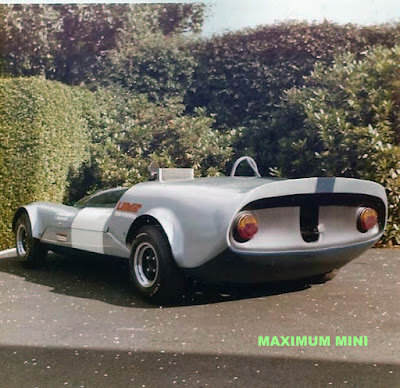 It could be the car that is now in the Maruyama collection in Japan, or is it?
Picture courtesy Graham Nevill 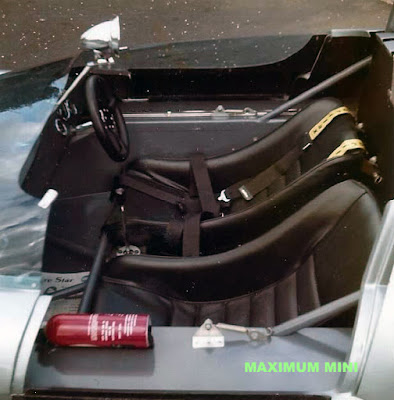 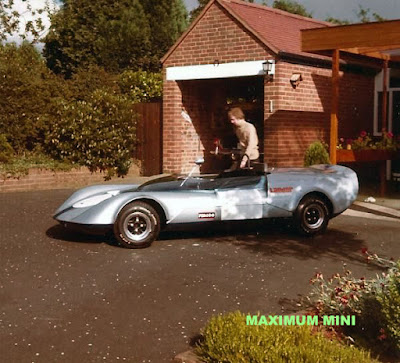 On the drive in 1973. It's one of only 10 Landar R6s built by the Radnall brothers
Picture courtesy Graham Nevill 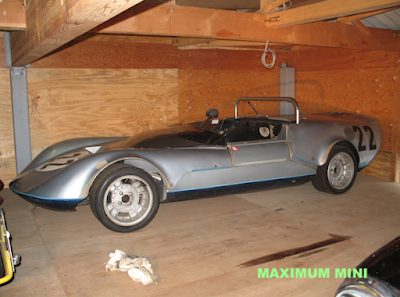 Maruyama's car was registered 'AAB 6D' at one point, but that doesn't ring bells with Graham
Picture Jeroen Booij