I was slapped on my wrist for naming the wrong person in a picture that I posted some years ago. And it was not just any picture, but one of my all-time favourite photographs. This is the message I received from Jon Dealey: "Hi Jeroen. I came across your article on the Gitane which was built by Gordon Fowl and my father Michael Dealey (see the article and the picture here). I was disappointed to see that the photo of my father fixing the Gitane in France by the roadside has been described as being a picture of Gordon Fowl. I seem to remember you getting in touch with my mother regarding your research on the Gitane. The photo I am pretty certain we sent to you so as you can imagine I was not pleased to see it labeled with the wrong person."

"Gordon designed the chassis and engine mountings but he had no experience of designing body work his cousin Colin Pratt had served his apprenticeship with my father and recommended him to Gordon to produce the body design. The model of the Gitane was also made by my father. Dan Margulies never saw the car and was in fact my father who drove the car to France with Gordon. My father fondly told us stories of how the were given large supplies of Gitane cigarettes when they got to the event but couldn't race the car due to the poor condition it arrived in. My uncle took the car off their hands, he had been building and racing cars since his late teens. My uncle's view on the car was that it was very poorly put together hence the unreliability and trouble they had getting the car into races, as a fully qualified mechanical engineer he went about fixing the its short comings and went on to win a significant number of races with it on the hill climbing circuit. My father died in 2007, however my uncle is still alive and if you wanted so further information I would be able to put you in touch with him."

Well... I stand corrected! However, I got back to Jon and told him how I got hold of the photograph. I did indeed speak to his mother, but it was in fact his uncle who I visited in West Bromwich in 2007 who gave it to me. And I believe it was also his uncle who told me he thought it was Fowl on the photo! Anyway: I have the name amended in the article now and have added some more Gitane GT images for your pleasure below. A bit more about the Gitane GT's failed attempt at Le Mans in 1962 here. 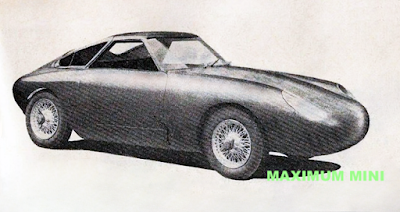 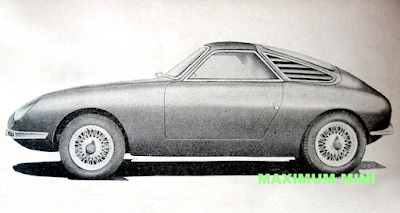 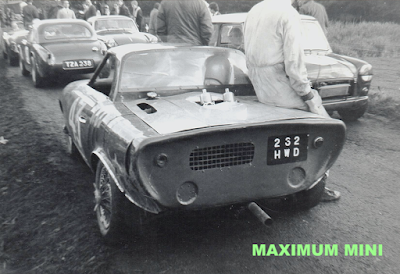