Another Mini Beach Car, one of 14 made, resurfaced in the south of France recently, when it was offered for sale and sold swiftly. Beach Cars are a rare species and when one made it to auction in August 2014 it created some waves as world's most expensive Mini (full story here). Two years later, another example made it to the market, but made considerably less money (story here).

And here we go again. The news that another Mini Beach Car was sold recently just reached me. This was a car previously unknown to me, which is said to have spent all of its life in the south of France. It was sold by Cannes based dealer Europe Auto Classic Cars.

As most Beach cars, this car is a left hand driven Austin, built in 1963. This blue/black example is said to have been delivered in January 1964 and registered a few months later. The dealer stated: "It is a vehicle authenticated and certified by the factory, so the seller will provide all the official documents as well as the complete restoration file (with invoices and photos) to the future owner." I'd love to learn a little more about it. Last november another Beach Car that spent all of its life in the south of France was seen at a show after a decades-long hibernation (click here). When you know more about one of them, feel free to drop me a line. 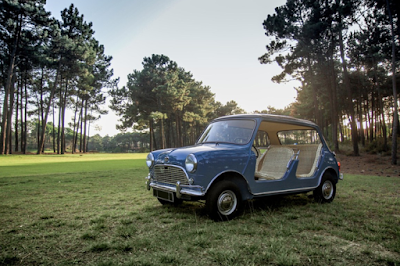 French Beach Car is said to be 'authenticated and certified by the factory'
Picture themilliardaire.com 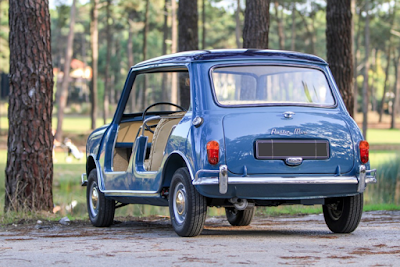 It's one of fourteen Beach Cars built, the majority of which are in the US
Picture themilliardaire.com 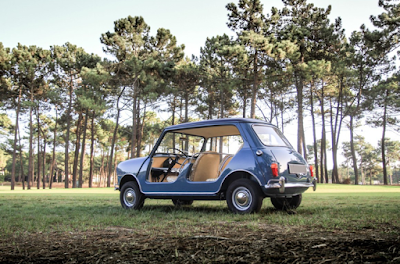 This one was unknown to me. It's registered on '06' plates for the Alpes-Maritimes
Picture themilliardaire.com 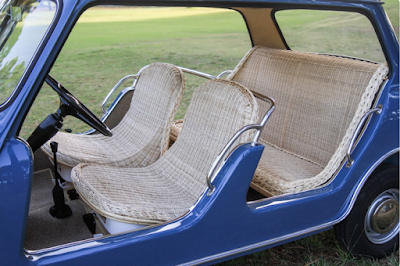 These seats do not look original to me. Was this car perhaps fully restored?
Picture themilliardaire.com 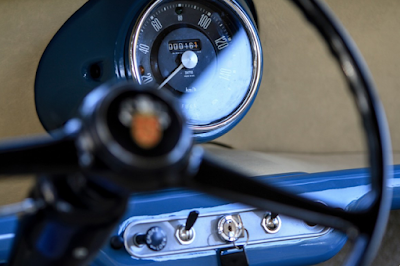 ...And only 16 kilometers on the speedo may well suggest the same thing?
Picture themilliardaire.com 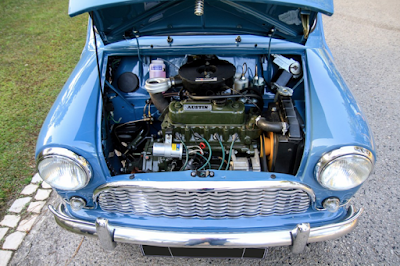 Many modern engine parts while engine bay looks as if it's new. Who knows more about this car?
Picture themilliardaire.com


UPDATE 15:00
Some more information was found. The car was indeed restored recently. The website Bringatrailer wrote: "According to the BMIHT certificate, it was originally painted Old English White on both the body and roof. This appears to be a period factory colour, though a slightly cheerier shade of blue would probably be better suited to a beach car." They also show a photo of the car's body taken during the restoration and one of its underside (both below), showing it's now been fitted with rod-change gear linkage. I would not be surprised to learn that the complete engine is a much more modern unit than the 848 originally fitted. What a shame they decided to do this, doing no justice to the car's history... 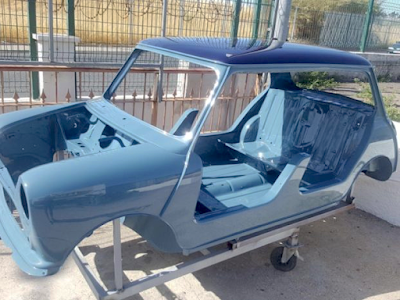 Repainted in a non-original colour. Not sure I would do that
Picture bringatrailer.com 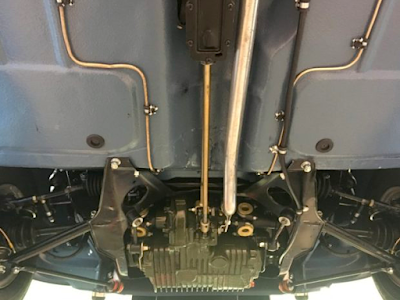 But then this. That's a modern rod type gearbox. Oh dear!
Picture bringatrailer.com