Beach Boys Mini Surfer - only 5 made?

Reader Jeff Lehmann, who found a rare survivor of the Beach Boys Mini Surfer last Spring (click here), has been doing some work on the car, as well as some further researches. He wrote: "Got the Surfer Moke up and running this weekend. I kept it all original, replaced the hydraulics and it drives great. Will work on details like the stereo, speakers and fringed top over the next few months. I have the fur covered seat covers but put the others in just for around town."

"I Also did some research and it looks like there were only five of these made. The Beach Boys sued Capitol Records when these were made and they dropped the promotion outside the five in the pictures. I have not been able to get anything in writing with the number of cars built being twenty or five. But the Beach Boys and Capitol were not getting along throughout 1966 when the Moke promotion was happening and they sued Capitol in early 1967, see the article attached."

Thank you very much for that Jeff. The story continues. 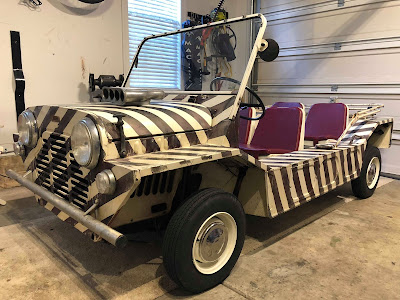 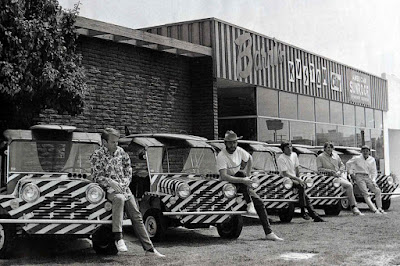 And here are all 5 of them, as originally presented to the Beach Boys in 1966
Picture Jeroen Booij archive 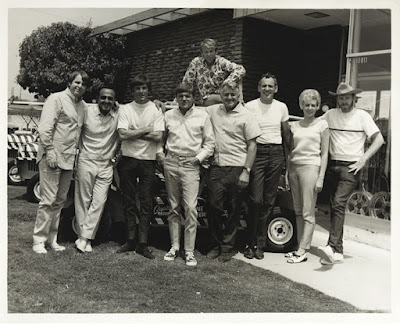 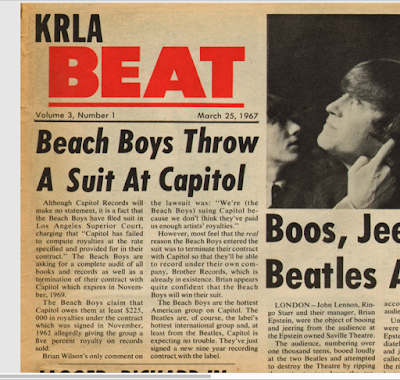 But then The Beach Boys and Capitol records got caught in a major argument and the Mini Surfer deal might have gone lost in the battle, thinks Jeff
Picture Jeff Lehmann
Geplaatst door Maximum Mini op 16:30