Finding the right gauges for the Le Mans Mini Marcos wasn't all too easy. I had just one photograph of the car's dashboard which dates back to 1975. This meant that things may have been changed up until then (as went for the steering wheel), but I decided it was the one to work from since there was nothing else to prove anything different. I received lots of help when I asked around what these gauges were exactly, with lots of people kindly providing possible answers. Eventually it was a matter of elimination and then they could all be named and so a proper search could be started. The Smiths gauges were fairly easy to find, although I did find out there are lots of small differences even there. The Veglia-Borletti rev counter proved to be quite a lot more difficult, and the same goes for the Jaeger oil temperature gauge, which I still do not have. Do contact me if you know of one! 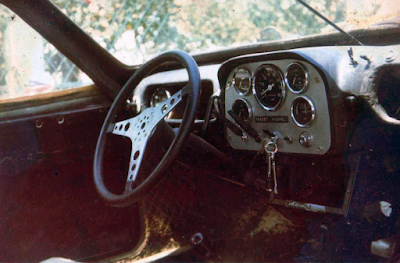 The only picture I have of the car's dashboard was kindly provided to me by Michel Tasset. It dates back to 1975, when he owned it. The steering wheel here is not the one originally fitted to the car
Picture courtesy Michel Tasset 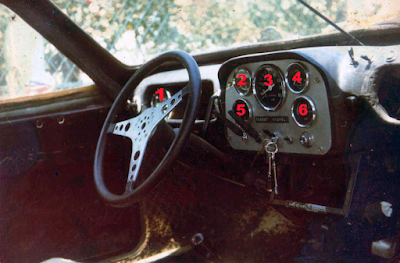 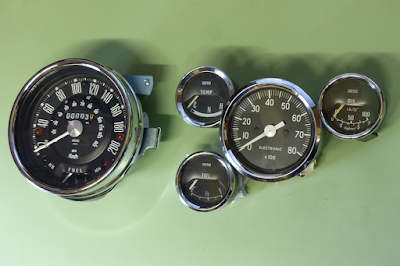 Except for the number 6, I have all the correct gauges now. They are all restored and recalibrated, too.
The Veglia-Borletti rev counter proved to be very difficult to find, but eventually I got one from the US
Picture Jeroen Booij 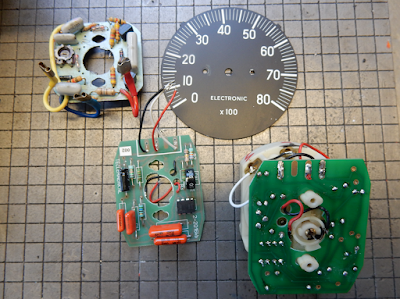 When the rev counter arrived it unfortunately turned out to be broken. But I found a specialist who managed to restore it with a new print plate of his own design
Picture Jeroen Booij 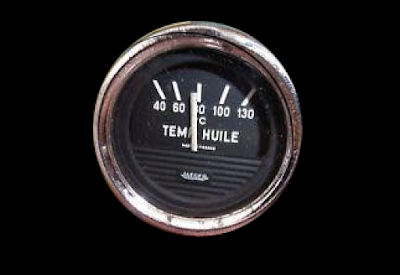 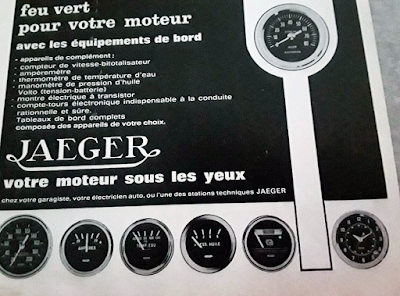 Jaeger gauges were fitted to a number a French sports cars, but they were sold separately also, as proves this advertisement which dates back to 1965
Picture source Leboncoin