Ever enthusiastic Unipower GT owner Tim Carpenter dropped me a line: "Last Wednesday I met up with Bob Spooner, the owner of my car for one year 1970-71. I’ve attached some pictures of our encounter and of Bob, aged about 19, posing with the car."

"Bob is a retired model maker with a long and keen interest in motoring, these days mainly motorcycles. He was very pleased to see the car again, commenting that it appeared to be in better shape today than when he owned it when it was just four years old. Looking at your web pages he said he “was surprised to see how famous 'our' car is. Certainly the best known, and in my view the best looking!”

"He told me a tale about the car which he said he has told many times since over the years. Apparently, he and a friend were driving around Clapham Common with a packet of cigarettes on the dashboard (yes, they were Players No.6!). The friend was amazed when, on negotiating a corner at some speed, the cigarette packet slid along the dashboard and became stuck to the side window where it was held by the cornering forces. It was probably a good job the traffic police did not observe these antics."

"I’m hoping to catch up again with Bob when I compete in the Bo Peep hill climb in Sussex on Sunday 16 September. Cheers, Tim." Thank you very much for sharing! 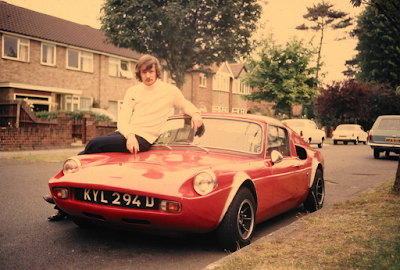 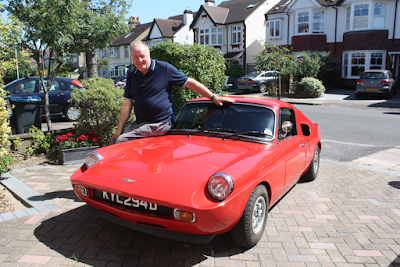 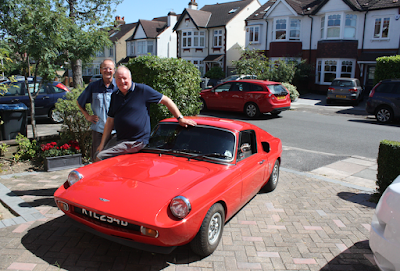 And here with current owner Tim Carpenter behind Bob. Tim owns it since the late-1980s (more here)
Picture Tim Carpenter 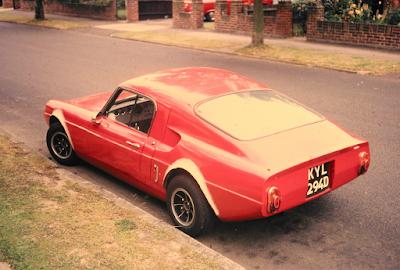 Bob Spooner said it appeared to be in better shape today than when he owned it when it was
just four years old!
Picture Bob Spooner via Tim Carpenter