Blyton Park 2019 - without me but with Maximum Minis

Oh dear, I should have mentioned this before! I am not going to Blyton Park this weekend for the first time in the six years existence of the Mk1 Performance Day. I am really sorry for all those who wanted to have a chat with me and talk Maximum Mini there, but I really need to focus on my work and save some money for the Le Mans Mini Marcos project. Making over the trip from Holland to sunny Lincolnshire is one of the highlights of the year but it's a costly affair also.

Fortunately I have spoken to several people who are going over, some of them who will bring their Mini derivative, too. One of them is Scotsman Kevin Murray who you may remember from his space framed racer (click here and scroll down to see the man at Blyton two years ago, and here if you want to know more about the car). Kevin has been working hard to get a Status 356 finished in time for the event and he appears to have succeeded very well. He sent me a little teaser of the car on the dyno and added: "A taster. Lovely flat torque curve and 82 bhp. Sufficient!" I asked for some more and he came with pictures of the car being loaded on his trailer and ready to be transported to Lincolnshire. So... Kevin and all others, I hope you have a great time at Blyton and don't forget to let me know how it was. I'll be there the next year once again! 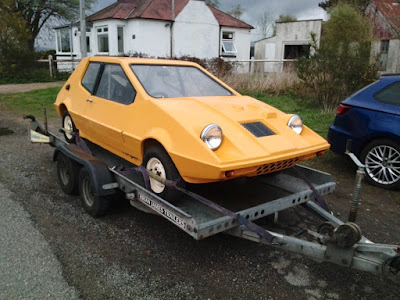 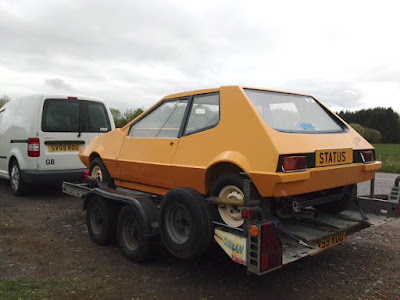 Although still unregistered, a Status 356 is a rare car, especially a finished one that drives too!
Picture Kevin Murray 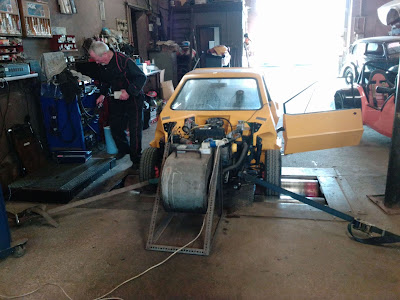 Kevin will be driving his at the track this weekend. It produces 'a lovely flat torque curve and 82 bhp'
Picture Kevin Murray