Another interesting Ogle related message came in from Geoff Hunter earlier this week. Geoff is a long-term SX1000 owner and it was one of his cars I photographed for the original Maximum Mini book all the way back in 2006. At the time Geoff had another Ogle in his back garden, which he'd then just bought but it was quite a special car to him. In fact he'd owned this car in its early life. At the time when I saw it it was nothing more than a bare shell, but Geoff worked hard on its restoration and had it finished in 2013.

He now wrote to me, about its history: "This car, chassis no. 5 manufactured by the Ogle Design Company in July 1962 had a 997cc Mini Cooper engine installed. I acquired the car around mid-summer 1967 and used it as my every day car including trips in Spain for annual holidays until late 1971 when I sold it to Patrick Adam of Brighton who had visited me on four previous occasions asking me to sell the car to him. By that time I was provided with a company owned car and it needed a new floorpan which was beyond my abilities. Then in late November 2005 I caught sight of an advertisement for the car and discovered it in a dismantled state not too far from me near to the Welsh border so I bought it back to restore."

This when I saw it as a bare shell in Geoff's garden. Geoff started the car's restoration after that and had it back on the road in November 2013, with some other projects having delayed the restoration. In 2017 Geoff drove it over to Blyton Park and told me then he was thinking of selling it. He now writes: "I said last year that I would sell the Ogle and at last I am finally getting around to it. I have driven it only about 3,000 miles since rebuilding it and this is due mainly to increasing mobility difficulties. Access and particularly egress is difficult. Bucket seats and mini suspension does not help to provide a comfortable ride so as age has gained the upper hand I give up the battle and sadly it has to go. You suggested I provide you with a full spec which you could put into your website so I have appended it."

The car is lovely in every respect, Geoff did make some modernizations to it though. Engine and gearbox come from a 1989 MG Metro, which had done 62,000 miles and which he had professionally rebuilt. The gearbox was also restored professionally at the same time. Geoff: "I understand that this range of engines had the best crank and camshaft of all BMC/BL A type engines before they went on to MPI engines in the Rover and it has loosened up nicely after about 2,000 miles and is running strongly. My other Ogle, No 61 Reg No. 889 RJH which you featured in your first volume of Maximum Mini is now in San Jose, California belonging to Wade Ogle, a collector of notable American muscle cars. He takes it to Californian shows and it always attracts a crowd around it."
See the advertisment here and feel free to contact me when you are interested. 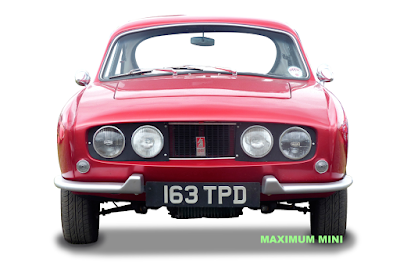 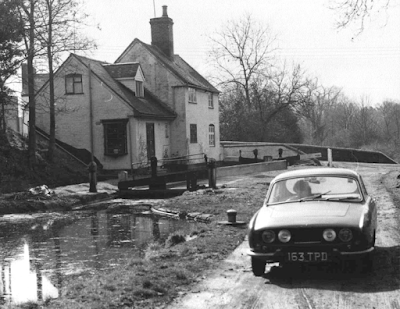 Geoff Hunter bought this Ogle in 1967 as an every day car. He also drove it to Spain every year
Picture Geoff Hunter 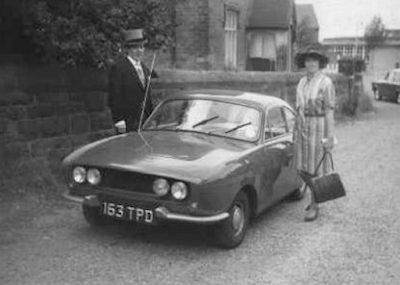 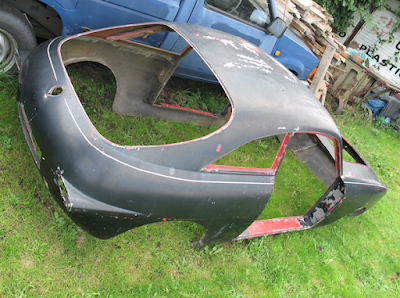 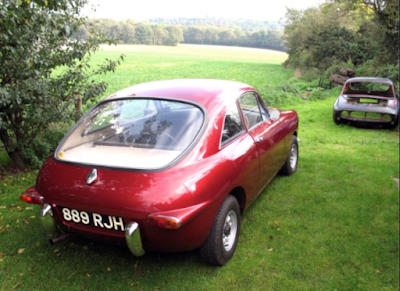 And again, now in the background, with Geoff's other Ogle in front. That car is now in California
Picture Jeroen Booij 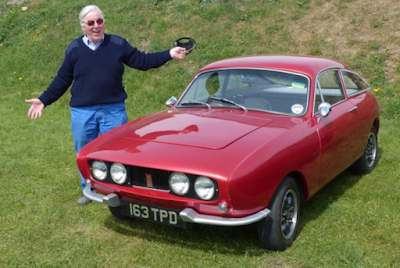 Geoff with '163 TPD' fully restored in 2017. He now wants to sell it. See the ad here
Picture Jeroen Booij