This year's Concorso d'eleganza Villa d'Este is finished, and both Mini derivatives have now started their way home to Greece (John Reymondos' Austin Mini Beach Car) and the US (Jeff Lane's Gyro-X). Both cars didn't win any prizes, but attracted lots and lots of attention. John Reymondos: "Didn't win anything. Amazing experience. The beach car was a public favourite. Huge interest." That's awesome. Thanks for keeping us updated John! 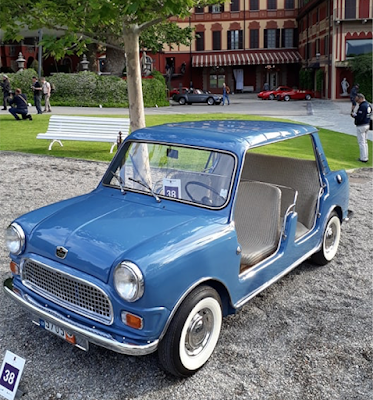 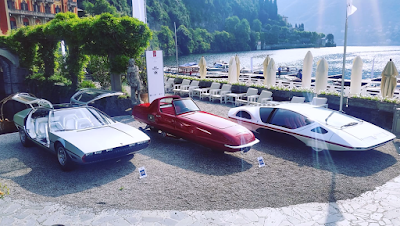 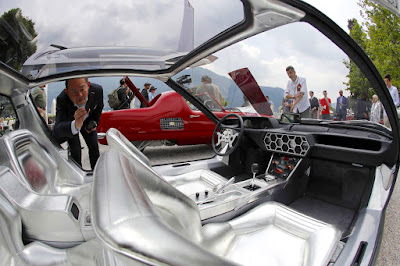 The Lambo won its class and - it must be admitted - is a real show stopper
Picture Bloomberg.com 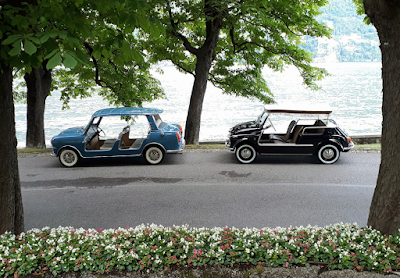 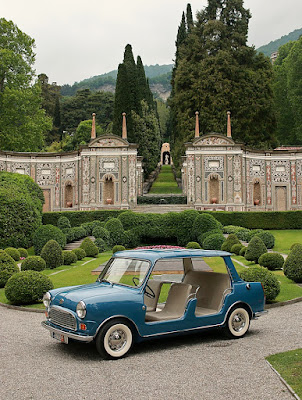 UPDATE 29 May: And a bonus picture that just had to be made!
Picture John Reymondos

UPDATE 6 June: Great film footage of the Gyro X in action at the concours - Click here