After last week's article describing the amazing similarities between the Reptune GT and the Ogle SX1000 (click here), I have now found out more about a surviving GT plus the moulds of the car. And it's not very good news I am afraid.

I'd seen pictures of this particular survivor in a pretty bad state years ago, but the owner made himself known only recently. And to my great surprise it turned out that the same man had the moulds also: Mark Law of Ontario, Canada. I contacted the Prophets once more, and they wrote: "Good evening Jeroen, actually Louie does not have the molds. Mark Law actually has the ones that he was discussing with you. We have a shell of a car and a bunch of engine parts, interior etc."

Okay. It turned out that they were for sale, also, but interest was very low. Meanwhile, Mark started stripping the car only to find out the project would become too costly. He wrote: "I'm stripping it down and then store the Reptune parts with the moulds in case I win the lottery or somebody wants to buy 'm, I guess. It's very sad but just not economical to save it. Too much time out in the rain all the steel under the glass had weakened the structure." 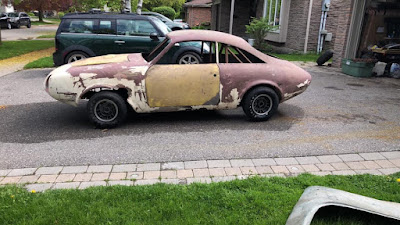 Reptune GT survivor was in a bad state, although it seemed savable to me
Picture Mark Law 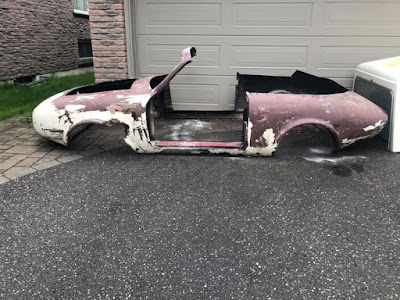 Mark did plan to restore it and cut off roof and pillars with the idea to make a new body...
Picture Mark Law 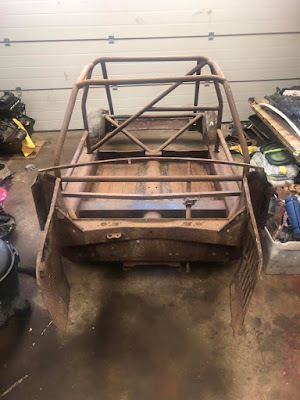 ...but "Too much time out in the rain all the steel under the glass had weakened the structure".
Chassis clearly shows Mini base - very similar to that of the Ogle SX1000
Picture Mark Law 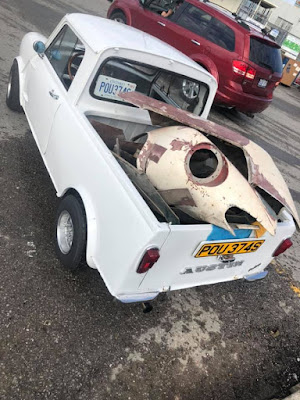 I'm not sure I'd want to know what happened to these bits after they were cut off...
Picture Mark Law 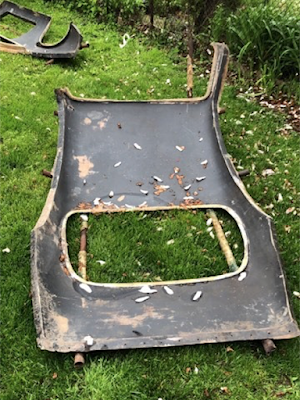 Although damaged also, the moulding is there, too. Here the roof
Picture Mark Law via Joost van Dien 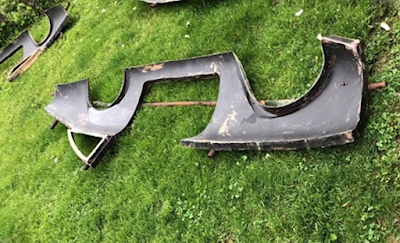 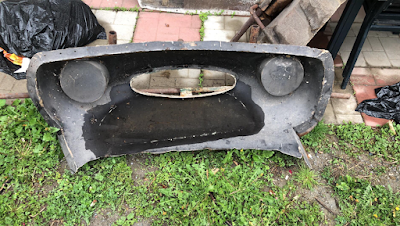 Front end. It would be good when somebody took care of it and restored the car after all
Picture Mark Law via Joost van Dien