This Mini based sports car has come to the light in Ferndown, Dorset, from where it is offered for sale. This is what the seller writes:

"This car was designed 10 years ago. A buck was made and some moulds were taken to construct the first car. Then illness and house move halted the project. The chassis was welded up from 25mm by 40mm steel tubing, and designed to protect the driver in the shape of a roll bar around screen and behind drivers seat. The completed chassis was tested at Hatfield University for seat belt mounts, torsional rigidity and chassis flex. It's tough and rigid. It was designed to have a flat undertray (in GRP) and could hold two adults and two small people. The wheels were specially cast in the USA. The engine fitted at the time is a Austin 1275 cc A-series engine and automatic gearbox, on a subframe so engine swaps are fairly easy. The suspension is Mini rubber cone. The engine has been run and the car drives but it has been standing some time.
Moulds made are for the bonnet, rear deck including window mounting, undertray, sills and engine cooling intakes. All will need some work. The T-section roof bar is an integral part of the chassis and is not to be removed."

All quite intriguing. I have written to the seller, but haven't heard from him yet. But before I hear of him, perhaps anybody else here recognizes it already?

It uses a frame of steel tubing and the chassis was seriously tested, or so is said
Picture ebay.co.uk 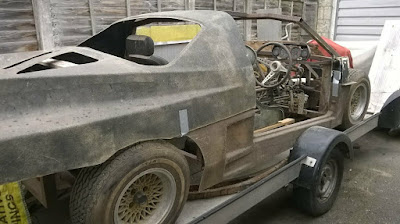 The whole project was never finished though and has now come up for sale
Picture ebay.co.uk 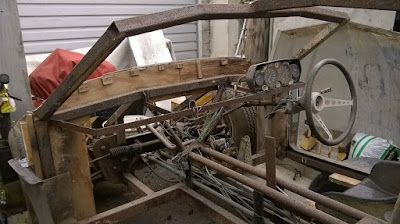 The T-section roof bar is an integral part of the chassis and is not to be removed
Picture ebay.co.uk 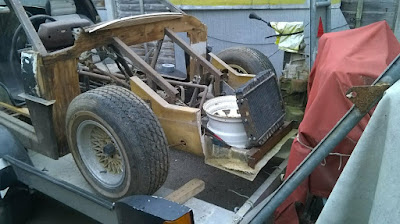 "The completed chassis was tested at Hatfield University. It's tough and rigid"
Picture ebay.co.uk 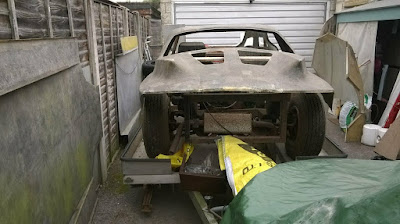 Body moulds have been made but body needs lots of finishing to get right
Picture ebay.co.uk 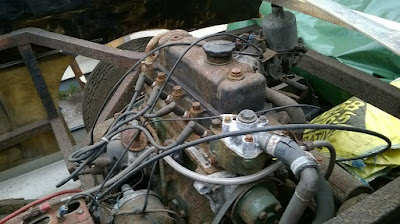 The power as well as the suspension come from a Mini. Engine is an Austin 1275cc
Picture ebay.co.uk 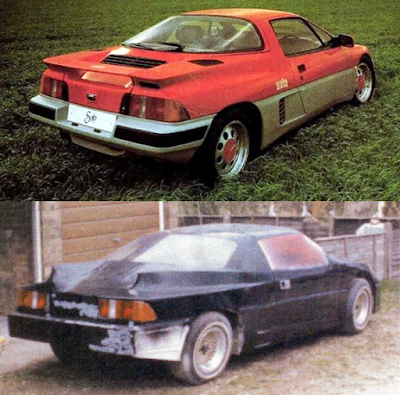 Panther Solo (top) may have been an inspiration to this Mystery Mini derivative?
Picture ebay.co.uk/carthrottle.com