Kenneth Spiteri of Malta has been working hard on the restoration of his Mk1 Mini Marcos, and he's done really well. By the time you read this this the car is fully roadworthy including a purple paint job and a new Maltese registration, which reads out 'Marcos GT'. But Kenneth is not alone in owning  a Mk1 Marcos on the island of Malta. A sister model is currently being restored also by Frank Agius there, and it's one that we've seen on these pages before. My friend Rens Biesma, who used to live on Malta in the 1980s saw it there and photographed it at the time - click here. The orange car was a bit worse for wear at that time but appears to be well cared for now. We look forwards to seeing that back on the road, too! 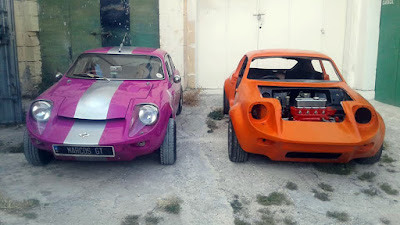 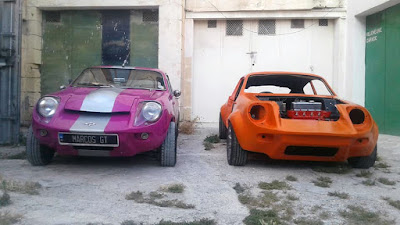 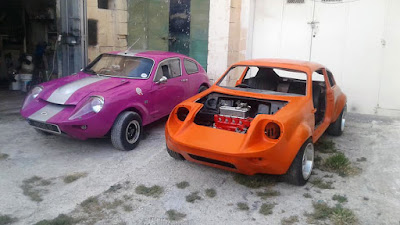 It is now being restored by Frank Agius, who's allready fitted 13" wheels and wide arches
Picture Kenneth Spiteri