It had been more than a year since I'd brought over the Le Mans Mini Marcos to the very south-western corner of The Netherlands, when I spent a week together with my friend Joost van Diën to have the car's body prepared for paint (click here and here). That had been quite a special week and I was looking much forward to the next step: final blocking and eventually painting. This was estimated by Joost to take another week and we planned to do it in the summer of 2019. But that didn't happen. There were some reasons for that, too, since Joost changed jobs, moved house, started an incredibly challenging renovation on his new 19th century house and had several challenging restorations of cars to work on in the meantime also - among them a cool Gilbern Invader and his own Mk1 Mini Marcos, which is going to be a real stunner by the way.

Now, I can only have a real respect for Joost who is one of those rare people who makes every possible job to be carried out on a car seem really uncomplicated, even when they aren't. The man can tackle everything, from welding to fibre glassing and from engine building to painting. And he does it with great flair and seemingly ease. So when Joost had a week off from work, I was eager to jump to the opportunity, tow up the Marcos behind my car, steer it to the south-west and make it over to his place. And so, just before the corona crisis hit Europe we locked ourselves in in the paint shop to spent another week of isolation with sand paper and paint. And it became quite a week again! We had some hick-ups but the end result is rather stunning, we believe. Joost, you are a real star! 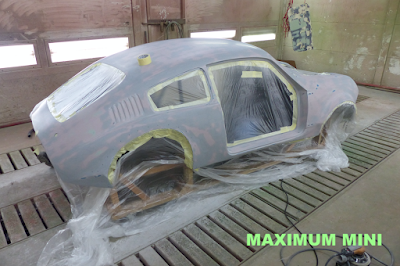 This is what the car looked like after three days of blocking, eventually with very fine sand paper
Various layers of primer visible here due to different colours used
Picture Jeroen Booij 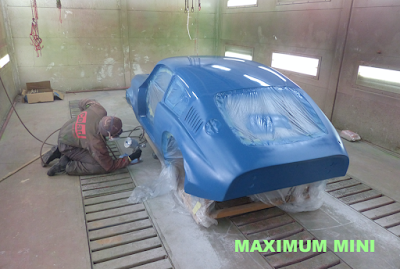 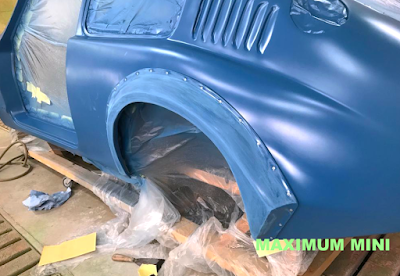 Next, the wheel arches proved to be a challenge to be fitted right, but the end result is very very good
Picture Joost van Diën 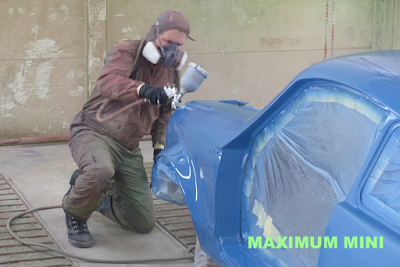 Moment of truth: the paint is applied here by Joost. Picture taken from a distance as I'd locked myself out of the cabin at this point...
Picture Jeroen Booij 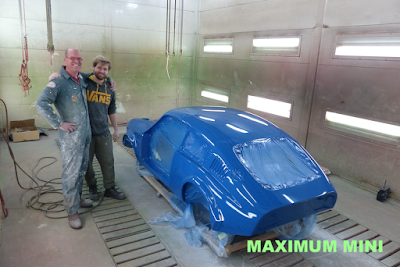 ...And ready the next morning to do some posing with the car now in its final coat. Wow!
Picture Cor van Diën 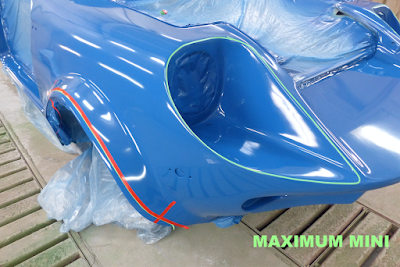 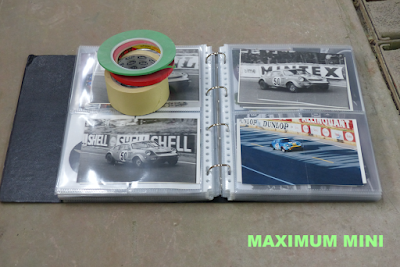 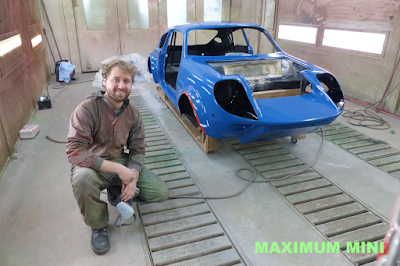 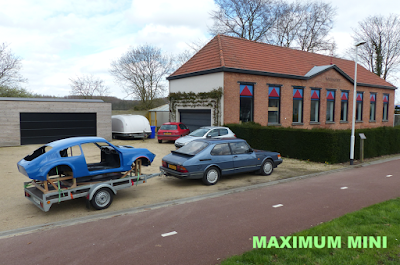 A sunny day, so perfect to drive back home carefully. It was quiet on the roads, too
Picture Jeroen Booij 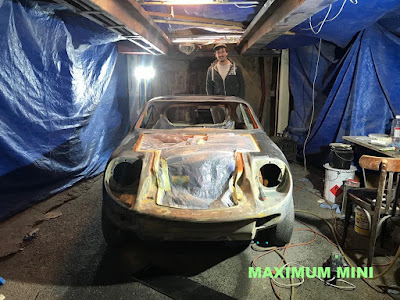 A lovely bonus was provided by Mathijs van Mullem, a friend of Joost who lives nearby and happened to be working on preparing his Mk3 Mini Marcos for paint at the same time. Mathijs was kind enough to offer us a fantastic meal in the pub run by his parents. All the best to you, too, mate!
Picture Joost van Diën