Chambers Special - where is it now?

The Maximum Mini files continue to grow, with now over 41,000 images, sales literature, build specifications, drawings and historical correspondence. Still I get surprised every so often with new stuff. Scott Barrett made me aware of a contemporary picture of the Chambers Special that he'd come across online on autopuzzles.com, adding: "Did you ever hear any more about what happened to this one? I still regret not buying it when it was first advertised at £400 several years ago!"

I did write about the car last year for Classic & Sports Car magazine, when things looked good with a restoration being planned, including mention of a newly made hatchback door which had gone lost in transit. But I lost track of the car since and wonder what's happening to it now?

UPDATE 11:30: Simon sold the car to a good friend who also had plans, but has now given up too, as it is too much work to restore properly. Simon: "I believe it’s for sale". 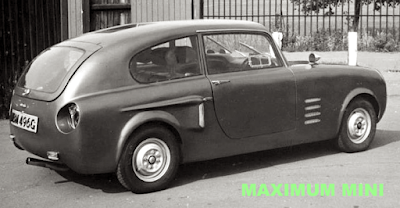 Historical picture of Chambers Special was a new one to me. It proves the car hadn't changed much
Note headrests on all four seats - opposite at the back
Picture autopuzzles.com via Scott Barrett 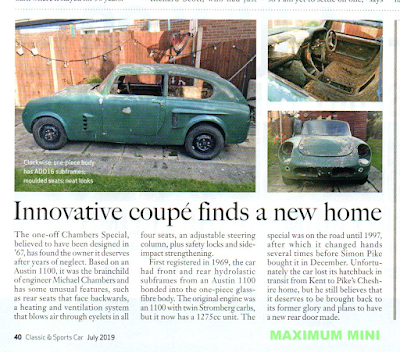