Time for some light hearted entertainment after all those Mini Marcos researches. It may have seemed that the much-modified Mini Moke used in the 1967 comedy 'Salt & Pepper' ended up on the bottom of the river Thames but it didn't, as we know since David Guyan identified his now standard-looking white Moke as this particular car (click here).

Now David has found more movie footage. He wrote: "Since I discovered your article about the Salt & Pepper Moke that I currently own I have been doing some more research. I have since found out that the Moke also appeared in the 1971 film called 'Percy' starring Hywel Bennett and an all star cast. According to Wikipedia it was the 8th most popular film at the British box office in 1971. It has an unusual plot but was popular with the British public.  I thought you may want to know. Best, David"

Well, that must have been a great surprise! I'd never heard of Percy before and it certainly seems as if it has an unusual plot. To sum it up in a few words: it's about world's first successful penis transplant, bringing lots of trouble for the man who received it... See the opening titles with the modded Moke here. I'm also surprised the film's beautiful soundtrack - written and performed by The Kinks no less - didn't become a hit. 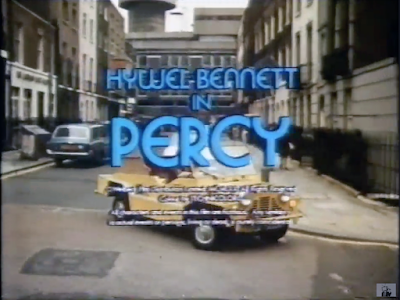 The late Hywel Bennett starred in Percy, the British comedy film that was a hit in 1971
Picture still Anglo-EMI / Youtube 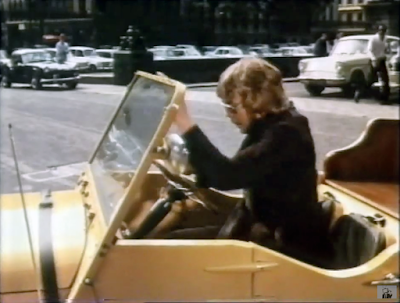 And the Mini Moke known from the 1967 comedy 'Salt & Pepper' comes back, too.
Picture still Anglo-EMI / Youtube 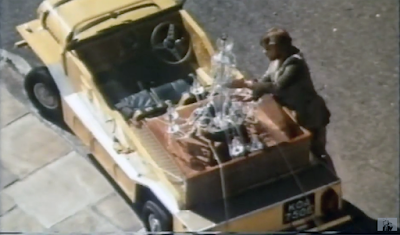 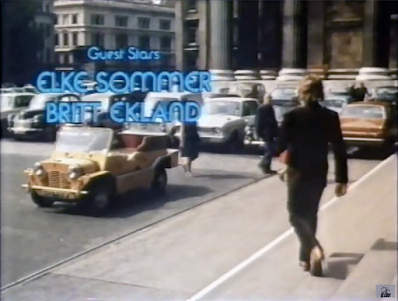 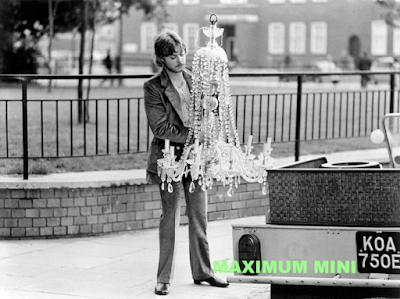