Nicholas Lightbown wanted to advertise on Maximum Mini Market, but I thought a place here might be better. He wrote: "Hello Jeroen. I wondered whether you might be kind enough to insert a 'classified ad' on my behalf? I'm hoping to sell a matching Mini Marcos and Broadspeed GT - with a difference! They are both white metal scale (1/43) models based on artisan kits produced in very small numbers by a gentleman named Trevor Wright ('TW Models'). My examples reflect two of Mr Wright's better castings (he also made Ogle SX 1000 and Unipower GT model kits, the latter of which was so 'rustic artisan' as to be almost unrecognizable!)."

"In all probability my examples are perhaps the best example of each model in the world as David did a superb job completing them to my unique specifications: metallic 'morello cherry' paint finish, use of model 'Minilite' wheels and 'glazing' - not normally associated with kits created by Trevor Wright! I'm asking £210 for each model (which might sound expensive although vastly inferior examples of each sold for a similar sums on Ebay within the preceding twelve months or so). Given their 'twin' specification, I'd ideally like the pair to remain together." Well, there you go, Nicholas. I usually don't do this but if you are interested, contact the man at nicholaslightbown@msn.com. 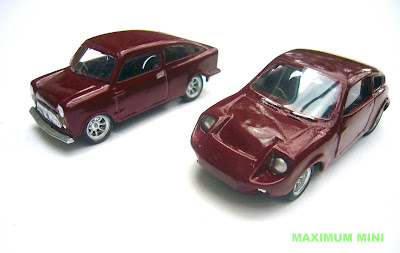 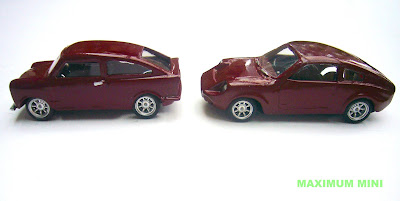 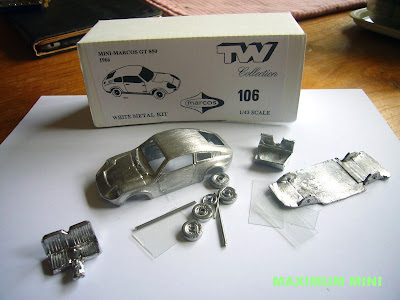 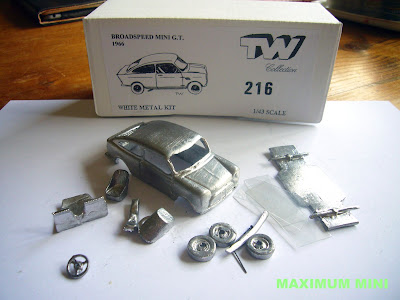