The Broadspeed GT owned by Bee Gees drummer Colin Petersen has come by here several times since 2013 (first time here, second time here, third time here). And speculation about the car's possible survival has been going on since. One former Broadspeed GT owner suggested it may have been burnt out and scrapped, saying: "I did have a conversation many years ago with a chap who saw mine at a meeting and said his brother's yellow Broadspeed caught fire on a trip to Spain and was scrapped."

But who better to ask then the Bee Gees drummer himself? Another reader who is friends with Petersen did just that, and wrote some time ago: "He told me he tried to sell the Broadspeed to Peter Sellers, but Peter said he already had many cars and turned it down. Next time I see Colin I'll ask him if he remembers who bought it from him." And he did: "I finally caught up with Colin again last week and he doesn't know where it went but had heard about the one in Spain. It was probably the only one in that colour so unfortunately it seems to have been scrapped. When he owned the Broadspeed, it needed repair and repainting and he chose the colour to match his drum kit, which you can see in some photos of the Bee Gees."

That makes me also wonder what colour the car previously had? White, as I believe I can see on the picture below? One day we will find the answers, I'm sure! 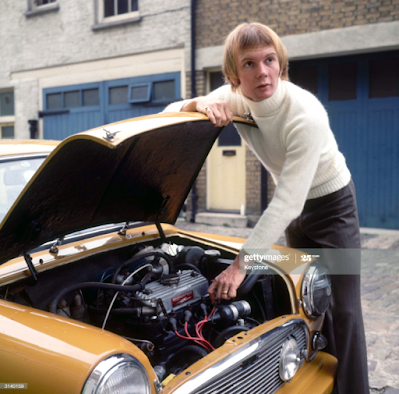 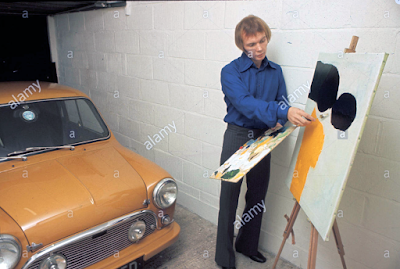 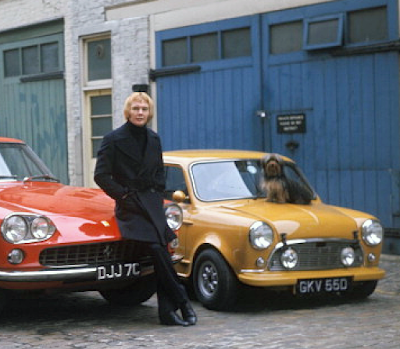 The GT was registered 'GKV 55D' and Petersen had it repainted in an Alfa-Romeo yellow colour...
Picture Getty Images 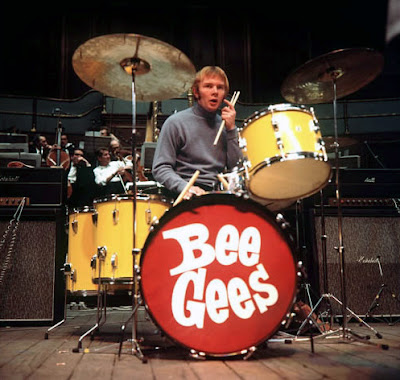 ...to match his kit of drums, it turns out now. The car is still missing. Is it gone?
Picture Society of Rock