Davenport Special - where are you?

Now that the Micron GT has successfully been found (more here), how about some other Mini based Specials from the same era? I'm sure there'll be more survivors, and perhaps the Davenport Special is a good one to start with. Remember the car? This is what I wrote about it in Maximum Mini 3:

What do you do when you want a GTM for drag racing but can’t afford a kit? You build your own car of course. That’s at least what Derek Davenport of Birmingham did in 1974. He built a space frame chassis from square section tubing to fit two front Mini subframes at the front and the back. For the body he made a model in plaster and polystyrene and used that to directly laminate the body parts in fiberglass. Next Davenport took a 1300 engine, honed it, fitted oversized pistons and Cooper ‘S’ rods, a hot camshaft and Stage 3 head and fitted a double Weber carburetor plus Shorrocks C75B supercharger. Hot Car magazine was impressed and wrote: “The finished article is superb. Much better than many kit car bodies we have seen. Looking at the car, it is difficult to believe that it was completely home built.” They even placed it on their December 1975 cover. Does it survive?

I still haven't heard a thing about its possible survival and still wonder if it does. The DVLA does not recognize the car's registration 'JOH 235N', but that does not say all, does it? It must have been an impressive machine with that engine spec. Another man involved with the body who was named in the article is Roger Hamilton. Birmingham man Derek Davenport would be around 70 years old now, I should think. Could he still have it tucked away in a Brum barn..? 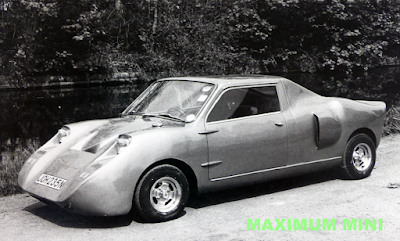 The Davenport Special - built by Derek Davenport in 1975. Does it survive?
Picture Jeroen Booij archive 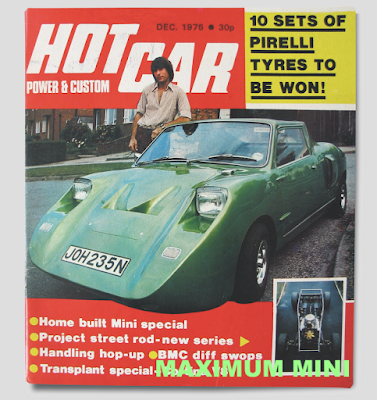