The UK is not the only country with specialist magazines such as MiniWorld and Mini Magazine, France, too, has a large following of Mini enthusiasts and its own share of Mini related journalism. Last week I was sent two recent issues of Maxi Austin - le magazine des anciennes Mini (the magazine about old Minis) and found some most interesting reading about Mini based cars in these, too.

There's a page about a Mk1 Mini Marcos that is being prepared for Le Mans Classic, a spread on GTM history and most interesting of all is a feature article about a French registered GTM. This car was offered for sale in Brittany, France last year (see here) but it remains a bit of an enigma. According to Maxi Austin it was imported from the UK and was 'more or less confirmed to be registered EBL 249K'. I had a picture of that car in the files for them while there's another one on the internet (here). In France, the car was converted to left hand drive and restored over a 10-year period. It certainly does look good and is registered as a 1968 Cox GTM now, although I am convinced it's not a Cox. Perhaps somebody recognizes it and knows more about its history?

Food for thought anyway, just how I like it. Maxi Austin-team - keep on going! 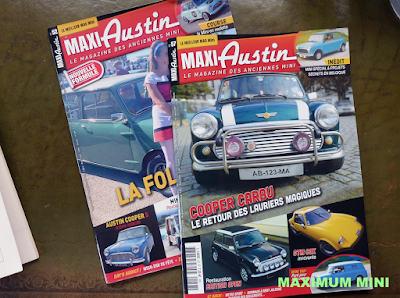 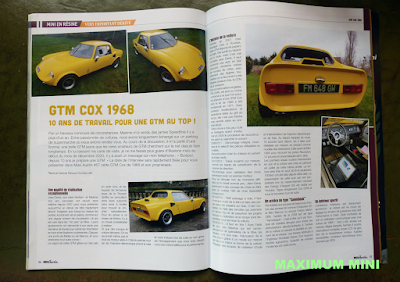 This GTM is featured in the current issue. It remains a bit of an enigma
Picture Maxi Austin / Jeroen Booij 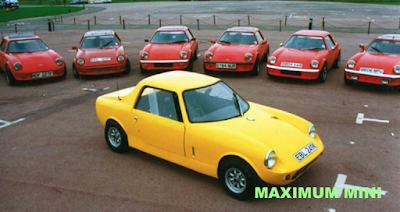 This is believed to be the same car, registered 'EBL 249K' in the UK previously
Picture Jeroen Booij archive 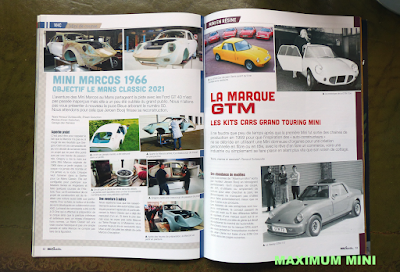