When you ever make it to the island of Malta, be aware of two proper Mk1 Mini Marcoses there hitting the isle's twisty roads. I wrote about the purple one owned and restored by Kenneth Spiteri not too long ago (click here); Kenneth's friend Frank Agius has now finished the restoration of his Mk1 also. And it's a car we've seen here before, too, on old pictures taken by my late friend Rens Biesma in the 1980s (click). I've also seen some shots of it before the restoration was started and this car certainly looked to have led a hard life, so Frank did a fantastic job.
He wrote: "Hi, after 4 years of restoration of this Mini Marcos Mk1 chassis number 6100, now I can say that it's nearly ready to start enjoying it, as my previous owners used to, when it was used as the first Mini Marcos raced back in the 1980's."
Well done to you and I hope you will be able to enjoy the car for many years to come Frank! 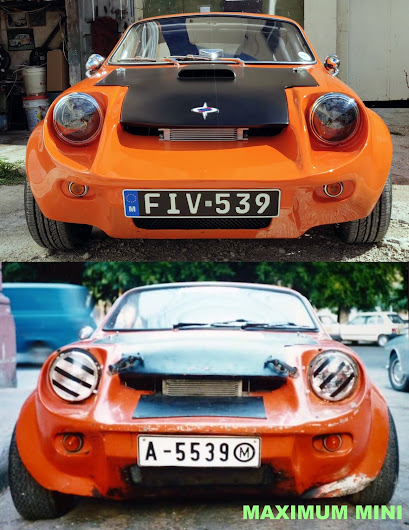 Then and now: there's about 40 years in between these pictures but it's the same car
Pictures Frank Agius (top) Rens Biesma (bottom) 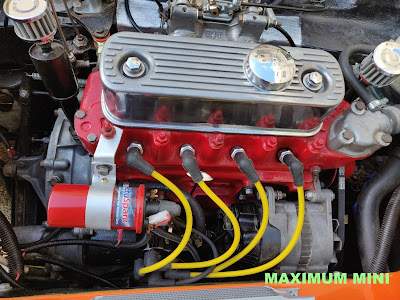 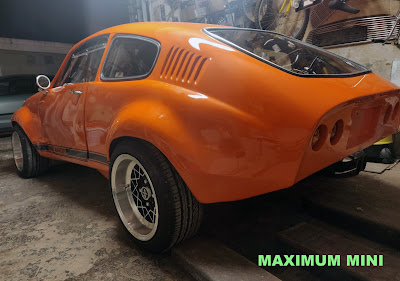 Wide arches have been retained, but the Alfa-Romeo lights it had in the 1980s have disappeared
Pictures Frank Agius

Interior is unrecognizable from what it was. The signature Mk1 dash had gone already
Pictures Frank Agius 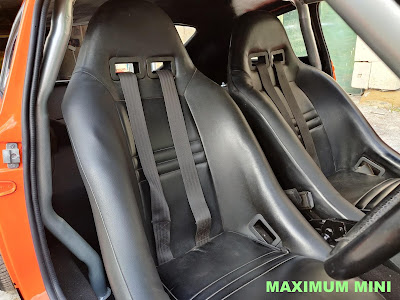