It's day 4 of the Three-Wheeler Week at Maximum Mini with one remarkable car that made it to the market very recently. It's the Graham Hull Special, conceived, designed and built by a former chief stylist of Rolls-Royce and Bentley Motors. Graham Hull joined Rolls-Royce in 1971 at 24, and by the early 1990s he was the man responsible for cars such as the Silver Spirit and the Bentley Continental. After having retired from Crewe, he came with his three-wheeler in 1991 - quite the opposite to his earlier designs!
The Special used a square steel ladder chassis mated to reversed Reliant front suspension while the body was unlike anything else and made from marine ply inside, clad with foam and a body of woven Kevlar and fibreglass. The engine came from a 1972 Mini and was bored out to 1380cc, mated to an Allegro gearbox and with 13" Minilites at the front and a single 14" 6J wheel at the rear. The whole construction weighed under 450kgs. Hull was quoted: "I cannot say that it was built on a shoestring but it hardly represents a huge investment - just don't ask me how many hours!". But then it was a private project and the car remained a one-off.
Now that it has now come up for sale it does look not quite so good anymore and I think somebody started a restoration only to come to the conclusion that this was not quite a straightforward job... It appeared on Ebay two weeks ago and has now disappeared. Was it sold..? 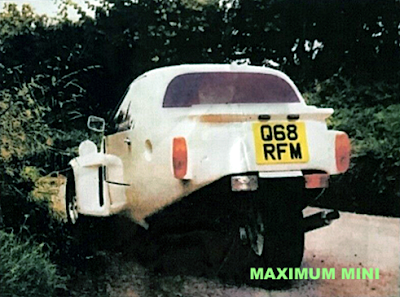 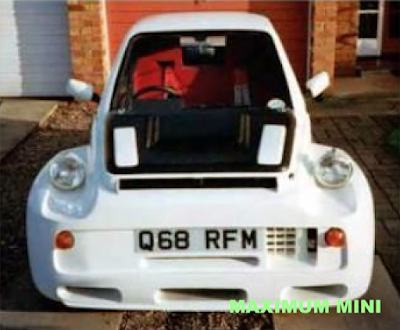 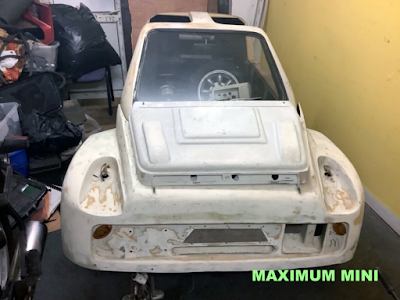 But this is how it looks now. The body appears to have been modified before
Picture Jeroen Booij archive 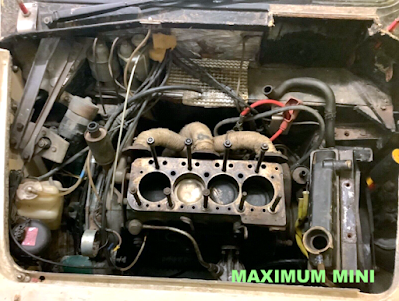