What exactly is this Mini based motor caravan?

Planning your summer holiday locally this year? Then this Austin Mini Clubman based campervan / motor caravan is perhaps just the ticket. 'You wont have seen it, unless you know us', writes the seller, Well, I've seen it, but I don't know you guys! In fact I'd been wondering what happened to it for years.
The car was advertised in the early 1990s, too. Back then the ad stated that it received a new body in 1984 and was then built as a camper. So I'm not too sure about it being 'Registered from new as AUSTIN MINI CLUBMAN MOTOR CARAVAN' either. And was it really built by a boat / small motorhome company on the Isle of Wight? I don't know, but did find two more pictures of 'TJU 219N' in the files, sent to me years ago by Ian Whitehead. It's still in white on these pics with 10" wheels.
It's a lovely little camper never the less of which I'd love to learn a little more and which no doubt will bring lots of fun to a new owner. See the ad here 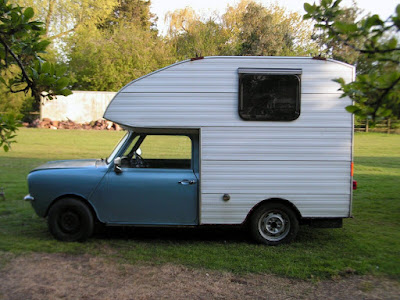 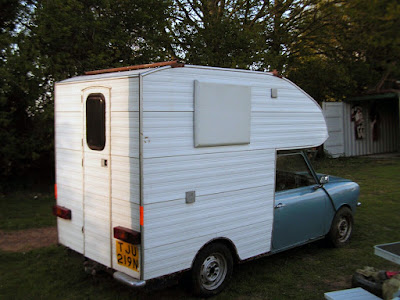 Registered 'TJU 219N' I knew I'd seen it before
Picture Ebay 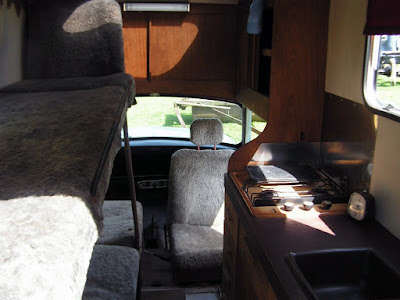 All you can wish for, including swiveling front seat, but still a classic Mini
Picture Ebay 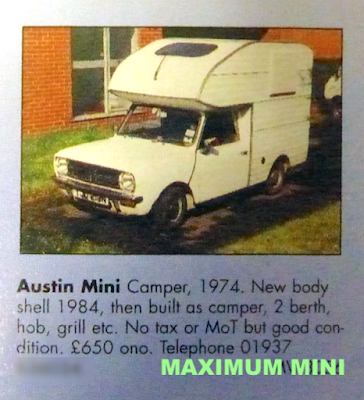 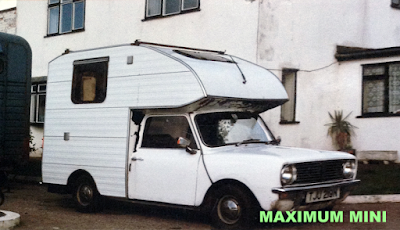 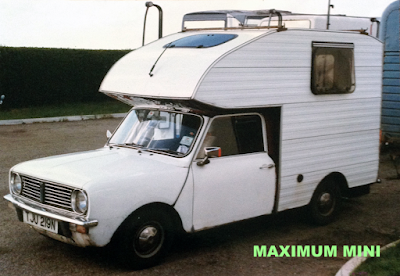