An article about the special Mini Moke six-wheeler camera car that was used by filmer Gerry Anderson for his UFO series has recently been brought under the attention. Reason for me to dig deeper into its history. You can see the earlier article with several pictures here. I've now included many more and found out quite a lot more also.

I must admit I'm not so sure anymore wether the vehicle was made solely for Gerry Anderson, as I found it could be hired for many years by camera and filming equipment supplier Samuelson Film Service Ltd. of London, which offered an incredible collection of machinery to the filming industry. The number of camera cars alone was truly impressive with all sorts of camera vehicles. And the Moke was not alone either, as there were two of them. You've seen the first one, an Austin Mini Moke based six-wheeler registered RYW 677F in September 1967 as used for filming UFO. I have scraped together several new images of that car and they are all attached below.

But there was a second car, registered OYF 445F as a Morris Mini Moke in June 1968. Like its Austin sister car this one was also fitted with a 1300 engine for extra power and also came in blue with maroon accents since these were Samuelson's company colours. Both cars had names of their own also: Sam Minimook and Sam 'Casperised' Minimook, with the latter being the Morris and having extra additional camera platforms and adjustable tubular extensions to mount cameras in every possible position. I have found several pictures of that car, too.

Some of these are 'behind the scenes' shots taken during the filming. One shows OYF 445F at the set of the 1969 film The Prime of Miss Brodie. Another shot of it was taken during the filming of Dad's Army in 1970. Funnily the Morris can be seen in action in one movie also: The Games, about a couple of athletes preparing for the Olympic Games with them being filmed from the Morris Sam Minimoook. Avid Maximum Mini reader Henk van Brakel saw the car in action in London in the early to mid-1980s and was quick enough to point his camera at it. Anyone who recognizes the backdrop from a particular movie..?

The last sighting of the Morris car was in 1988 when it was part of the famous Patrick Collection in Birmingham and on display in its museum. Is it still there? It was last taxed in December 1985 while its Austin sibling was last taxed in May 1987...

If you enjoy what I do here on Maximum Mini and would like to help me continue, then I would very much appreciate a donation towards keeping this blog going. Click here. 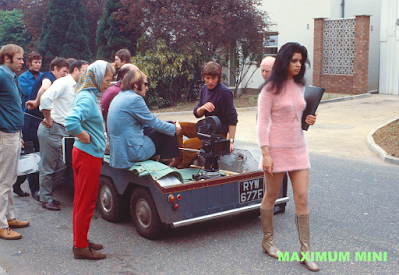 RYW 677F was a six-wheeler Mini Moke that could be hired to the filming industry, here during filming of Gerry Anderson's tv-series UFO in 1970
Picture ufoseries.com 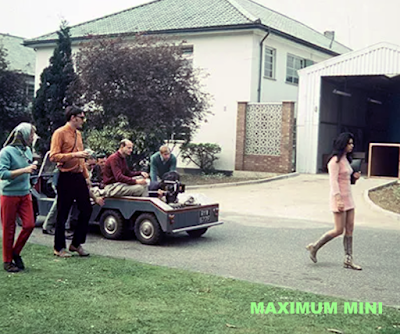 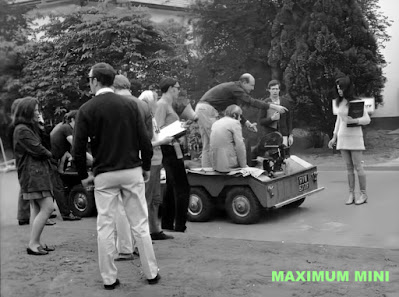 These behind the scenes pictures keep on turning up, this one being a new one also
Picture Jeroen Booij archive 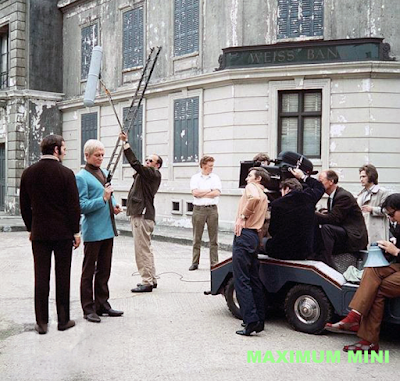 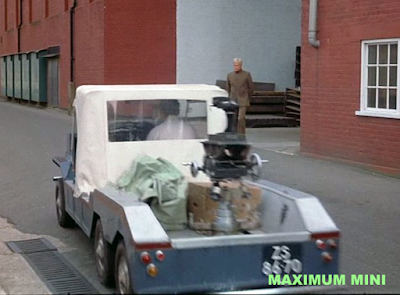 This is an unusual picture with the hood up and a Dutch (1969) number plate. Why was that?
Picture Scouse73 / Flickr 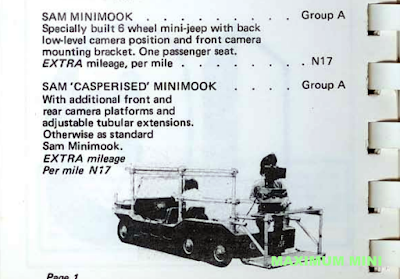 But it wasn't alone. There were two of them named Sam Minimook and Sam 'Casperised' Minimook
Picture Samuelson Film Service Ltd 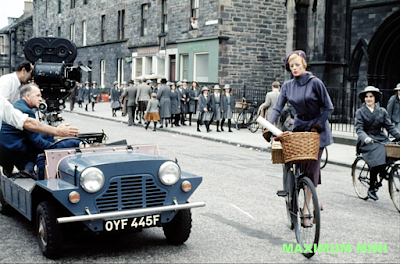 The latter was a Morris registered OYF 445F and is seen here during the filming of The Prime of Miss Jean Brodie in 1969, filming actress Maggie Smith. Director Ronald Neame is in the car
Picture Rotten Tomatoes 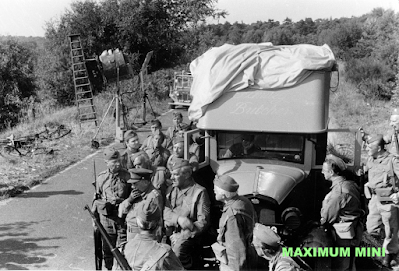 And it can be seen - only just - in the background here, during filming of Dad's Army in 1970
Picture The Mirror 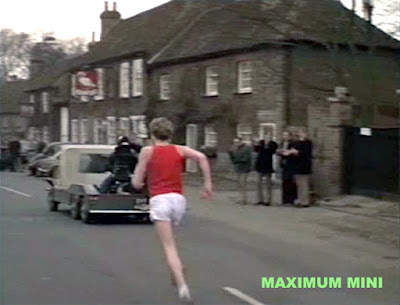 And not just behind the scenes. It's seen briefly on screen in the 1970 movie The Games
Picture imcdb.com 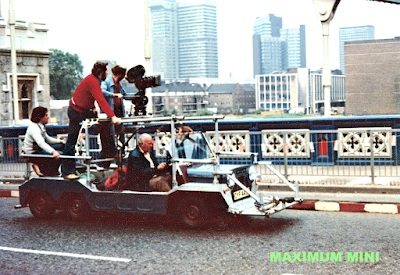 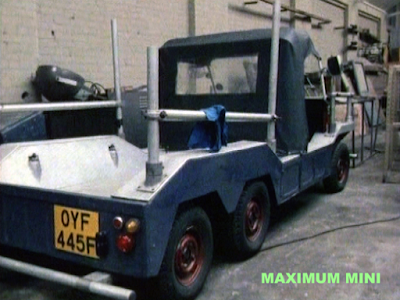 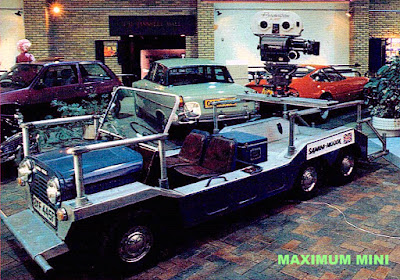 Eventually the car ended up in The Patrick Collection in Birmingham. This is it in 1988
Picture Henk van den Hurk / Autovisie 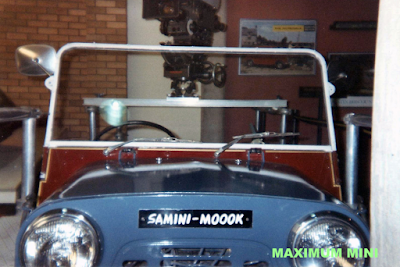