Nimrod on its way to recovery in Austria

A Nimrod that was seen for sale in Germany has now finally found a new owner in Austria: Jan Krieger, who contacted me about the project. He wrote: "I found it by scrolling through Ebay to find an engine for my Mini convertible. There was an old engine with this buggy and so I found it... and bought it. Than I started Googling what this thing actually is, and read more about it. I knew Mike Jupp's (the Nimrod's designer-JB) jigsaw puzzle designs but knew nothin about the car. But the more I read the more I got hooked. So after two days I knew enough to decide it is not just an engine donor - it was one more project! And after 3 days I wanted to build one which can swim/float, too! Now that it is here I must say it looks pretty horrible, with the condition being worse than expected, although it is repairable. I might try to mould some gull wing doors for winter use, we will see. But first I need to weld a new chassis frame, repair the body and engine and rebuild the interior. I think the engine is a 1300 Innocenti with the wrong carburetors but then with this car nothin is original."
"Meanwhile I started a little research too. This Nimrod is the black one that was shipped over to Germany. It is not one of the original 4 built, Mike Jupp believes, but it's a 1983 TACCO (Talbott Alternative Car Company) made Nimrod. I found the guy who built this car as he was a member of the Nimrod Owners Club and it's the black one on the left on the picture with the 4 cars in 1985. He said it's the second and last car Nigel Talbott laid himself. All kits after that were made by professional layers so this is supposedly not the best quality one."
"I also found that the mouldings still exist by Fiberglass Applications and they are refurbishable. Anyway... when I get the car fixed I want to drive it from Austria to Mike in the UK as he wants to do some graphic on it and I want to meet some other people and look for some spare parts. Perhaps I build a new chassis, buy an old Mini and build a new Nimrod, moulding a bottom plate and laminate it together to one piece. Greetings from Austria, Jan" 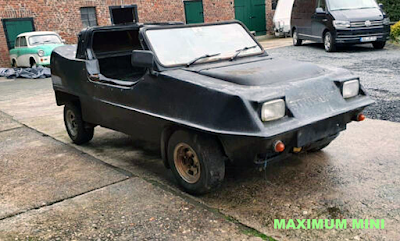 The Nimrod as it was seen for sale in Germany
Picture Autoscout.de / Jeroen Booij archive 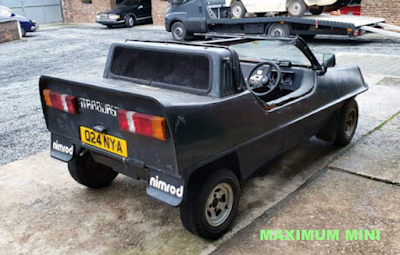 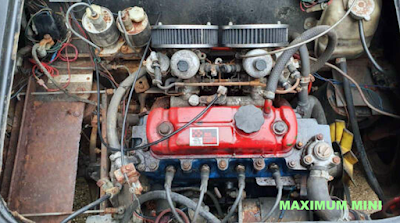 Jan thinks the engine is an Innocenti 1300 but he's not sure
Picture Autoscout.de / Jeroen Booij archive 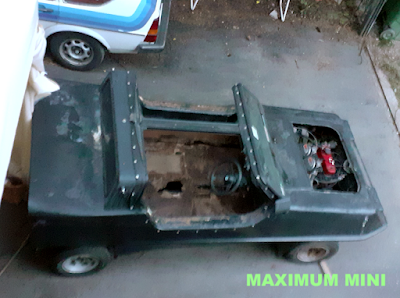 It is now in Austria with Jan: "I must say it looks pretty horrible!"
Picture Jan Krieger 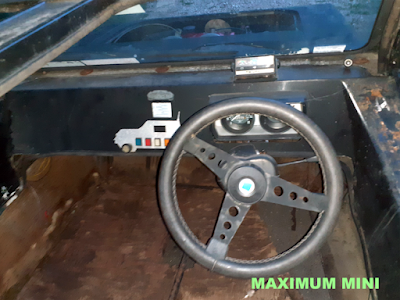 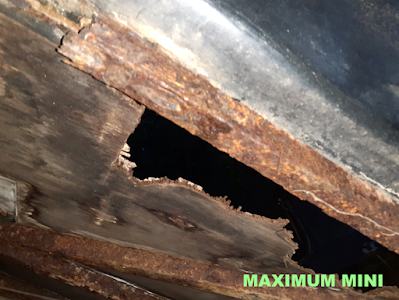 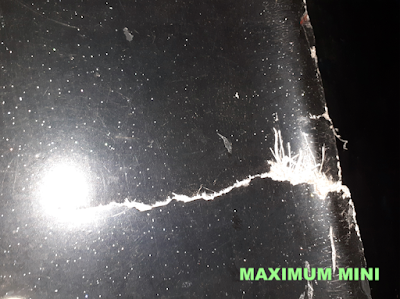 "First I need to weld a new chassis frame, repair the body and engine and rebuild the interior"
Picture Jan Krieger