Ranger restoration - but where's the other from Gainsborough?

John Langley is restoring a Ranger Cub and got in touch: "I build custom motorcycles and odd ball stuff, and bought the Ranger. I started last week and will forward photos of its progress. You are welcome to see it anytime. Regards John."
I didn't remembered which Cub it was and looked back in the articles here on Maximum Mini. To my own surprise I came across two Ranger Cubs that were offered for sale, both in Gainsborough, Lincolnshire, with just over a year in between them. I'd never noticed this before and wondered now if they came from one and the same seller? This red one was the first of them while this black one was the second. I asked John about this and he replied:
Mine is the black one and it's not the same as the one you show pictures of. He did come across two but it was not the same same person. I have the original bill of sale and buff log book. It’s been stood since 1975 and never got finished. The donor Mini was a 1961 Morris Mini. Regards, John" That's an interesting one, isn't it? So how about the other..? 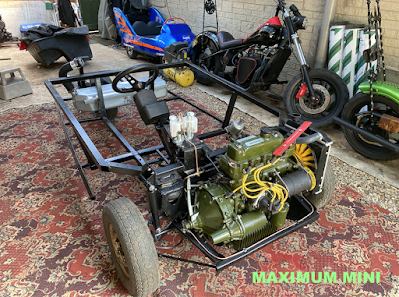 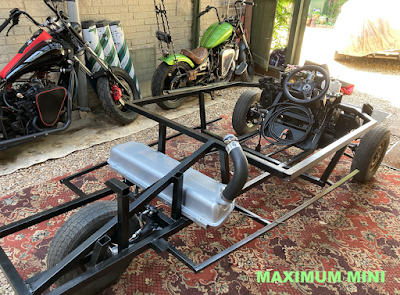 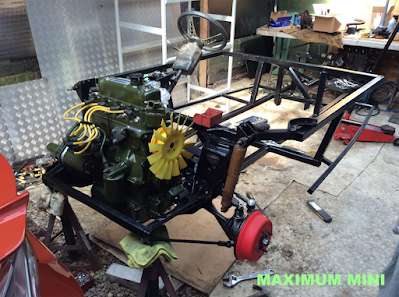 John is doing a cracking job. I now wonder what happened to the other Cub in Gainsborough?
Picture John Langley
Geplaatst door Maximum Mini op 09:35