Right before the world got acquainted with Covid early last year, I was in the UK to speak to Steve Burkinshaw, the master restorer of coachbuilt Minis. Steve showed me around his workshop where one of the cars under restoration was the famous Hooper hatchback of Ringo Starr.
He usually doesn't restore cars for others, but when a Mini with a strong connection to The Beatles comes around he'll make an exception, so the Ringo Starr hatchback ticked all the boxes. As a real Beatles-fan it is a car he has loved for decades, but one he could never afford. But when the famous Mini was sold a few years ago, it was nothing more than logical that it ended up here after all. It was urgently in need of a restoration and Burkinshaw turned out to be the only one with the expertise.
Steve told me: "It was bought by Geri Halliwell, you know, from The Spice Girls, and together with her husband Christian Horner they sometimes come here in one of those very special Aston Martins, to see how things are going. The whole street comes out to have a look then!” Previously, the couple also bought Paul McCartney's Radford Mini, which was restored in this workshop also. Steve: "Ringo only had his Mini from 1966 to 1968 and after him there were several owners who gave it a number of modifications of their own. I first saw it when it was owned by an antiques dealer, but by that time someone had already given it a makeover somewhere in the early seventies, all in the fashion of the day. They had removed the rain gutters; the original wheel arches and put it on polished Wolfrace wheels. The sidelights in the b-pillars were also removed with the holes filled, while the original Regal Red, a Rolls-Royce colour, was changed to blue with silver and later to red with silver. It was in a very bad state. A 1992 magazine article mentions how they carried out an earlier restoration and it's interesting to read how they got it wrong then”.
That's all been put back now, and last week he dropped me another line: "I’ve now finished the work on the Ringo Hooper, which is being collected this Friday, I thought I’d never finish it!" It looks marvelous in pictures and I can't wait to see the real thing when traveling is allowed once more. Thanks Steve! 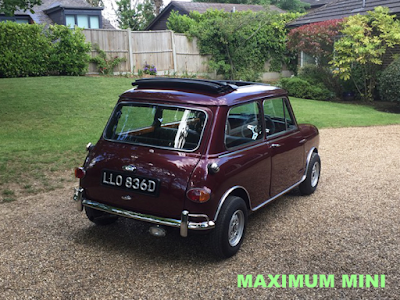 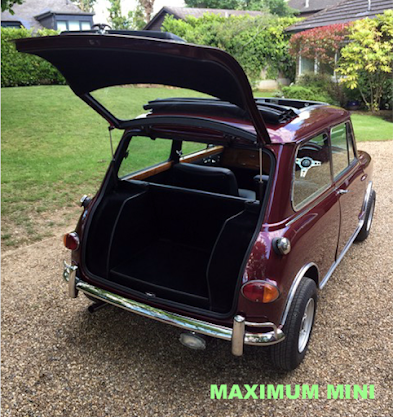 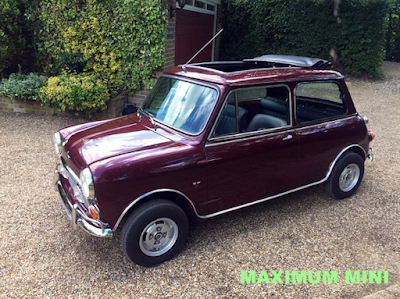 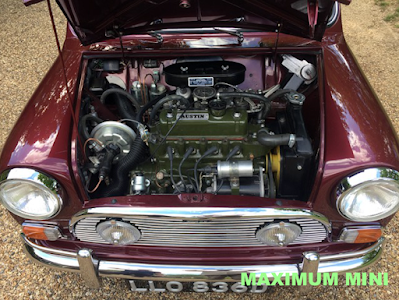 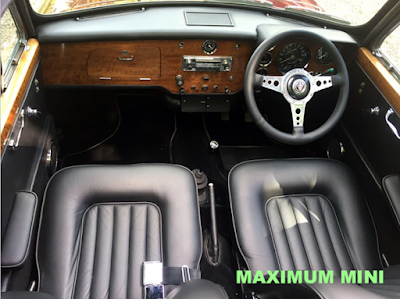 The car's interior is luxurious but not over the top, typical for a Hooper
Picture courtesy Steve Burkinshaw 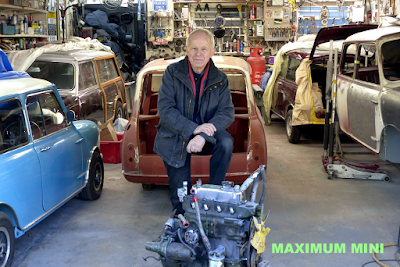 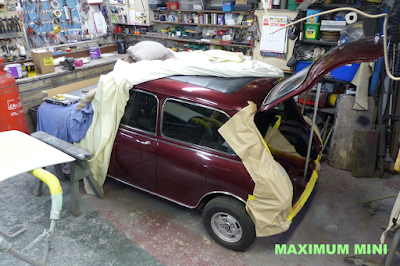 "It was in a very bad state and it's interesting to read how they got it wrong earlier"
Picture Jeroen Booij
Geplaatst door Maximum Mini op 14:10