Méan Sonora-owner Louis Lempereur told me about the upcoming closure of the Musée Automobile de Provence in southern France. The museum will be closed and the premises destroyed to build houses. Many of the cars on display are said to come up for sale, with some real gems in between them. There are several pre-war Bugattis in the collection as well as a Cooper T61 and quite a number number of interesting French Specials and low-volume cars. A Hustler Huntsman 6 is perhaps not quite what you'd expect here, but it's there and it's looking good in bright orange.
I contacted the museum's curator Pierre Delliere, who confirmed the car's for sale status: "Dear Sir, Indeed I made the decision to separate myself from the Hustler. It is a 1985 car and it was completely dismantled and rebuilt in two years time. There is a newly built engine, new seats, belts, hoses, exhaust, carpets, tyres, brakes, clutch, 6 hydrolastic hoses (600 €), radiator, tank, etc, etc... We also changed the headlights and rear lights and reviewed the entire wiring loom. There is still some work to fully finish it. It comes with English papers (V5), but I do have the French tax paper also as it was imported before Brexit. Greetings, Pierre Delliere."
If anyone here is interested, just drop me a line and I'd be happy to get you in touch with monsieur Delliere. 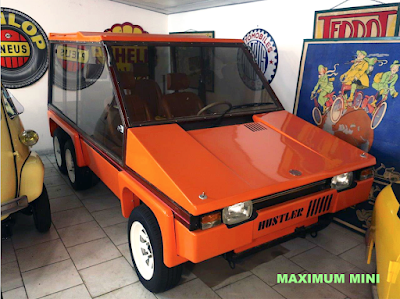 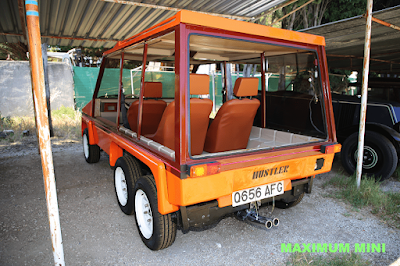 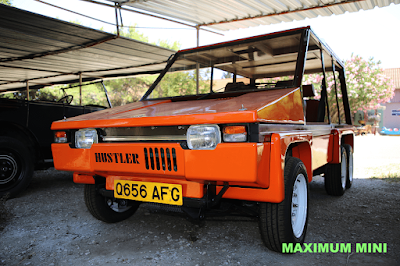 Still on British plates (wrong way 'round...) but it came to France pre-Brexit
Picture Jordi Vilaro picture / All Andora 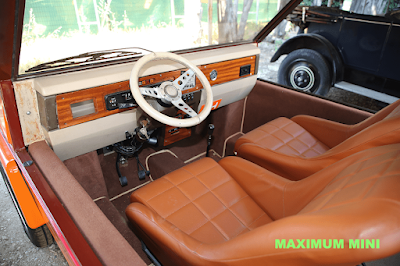 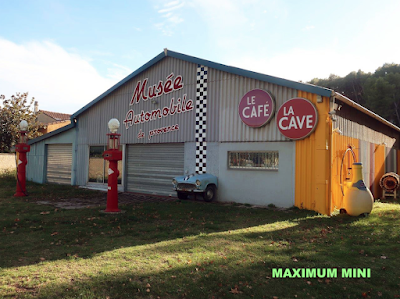