Could this wreck be Laurence Harvey's Mini Margrave? UPDATE: Not Harvey!

I may be on to something here. A Wood & Pickett Mini Margrave that has been offered for sale on Ebay recently could hide an intriguing past as I think its original owner may have been the actor Laurence Harvey. Harvey reputedly had Wood & Pickett commissioned to coachbuild not one but two Mini Margraves for him back in the late 1960s. The cars had minor differences and were registered 'KUM 1' and '1 LPJ' at the time. The latter was deep dark brown in colour and famously used in a W&P promotional picture with John Paul (click here) while it was also used in promotional photo shoot when Harvey picked it up.
Later a number of Wood & Pickett Minis made it to the Mini Festival at Brands Hatch. Harvey's '1 LPJ' was there together with a sister car registered 'SLW 25F', and I believe this may very well have been 'KUM 1' on a new registration. The two look very similar to me, perhaps only apart from their registrations. Both have no mirrors, no arch extensions, a sun roof, the same grille, same chrome side strips, same badges, same aerial, same Shadowlite windows and of course those oblong headlights and spots in the grille. Do have a good look at the pictures and let me know what you think.
UPDATE 13:20: Stop press. 'KUM 1' was not sold to Laurence Harvey when it was new but to His Highness Mohamed Bolkiah of Brunei! 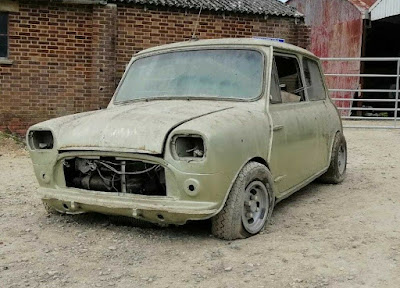 Just like Laurence Harvey's. As a matter of fact I believe these two actually are the same
UPDATE: Not Harvey's but His Highness Mohamed Bolkiah of Brunei
Picture Jeroen Booij archive / Ebay 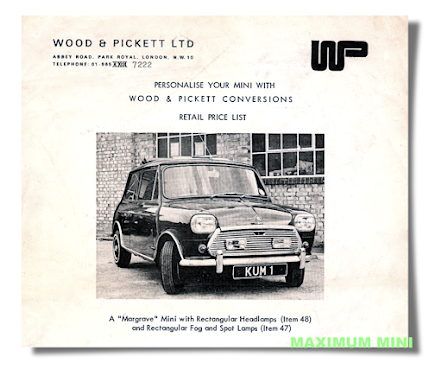 Actor Harvey had two Minis converted by W&P at the same time. 'KUM 1' was one of them
It was seen on Wood & Pickett's price list for 1970 as shown here
UPDATE: Not Harvey's but His Highness Mohamed Bolkiah of Brunei
Picture Jeroen Booij archive 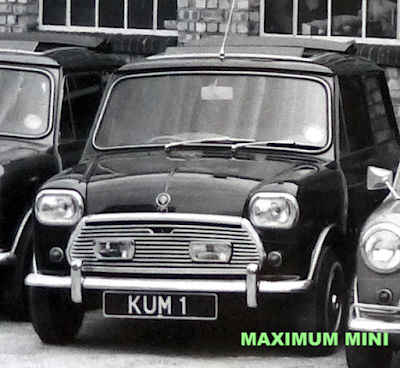 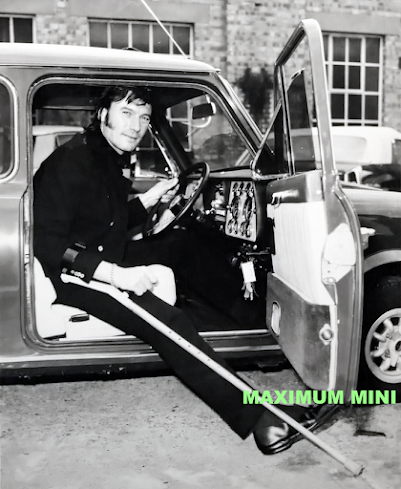 And the other one when mister Harvey collected it at Wood & Pickett's in 1970
The actor had just broken a leg. This car was registered '1 LPJ' but wore fake plates 'LH 1J' too
Picture Jeroen Booij archive 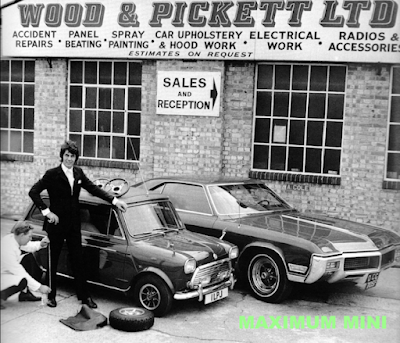 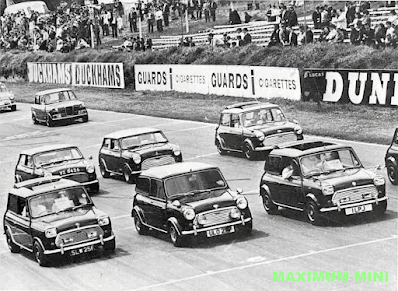 Over to the Mini Festival at Brands Hatch, supposedly 1968 but probably later. I think the car on the left is 'KUM 1' re-registered 'SLW 25F' as it is virtually similar. Harvey's other Margrave on the right
Picture Jeroen Booij archive / The Filby Files 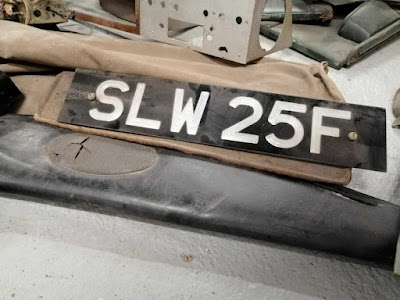 Same plate. 'SLW 25F' is still with the Mini Margrave from the Ebay ad
Picture Ebay 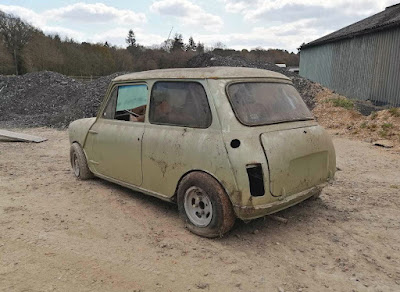 So... is 'SLW 25F' actually 'KUM 1' as it was commissioned by Laurence Harvey?
I cannot be 100% sure but I do think it is
UPDATE: Not Harvey but His Highness Mohamed Bolkiah of Brunei
Picture Ebay
Geplaatst door Maximum Mini op 09:54