Out on the weekend with the Ogle

Since I managed to purchase my Ogle in September last year (click here) I didn't do a thing to it. Well, I bought some rear bumpers and a Cooper badge, which it had fitted originally, plus a pair of NOS original rear lights (which don't fit as the ones on it now asked for some modification of the body...).
But last weekend I took it to a big meeting in Raamsdonksveer, in the south of The Netherlands, which was great fun. This was a show organized by a club named 'Elk Merk Waardig', which means 'Worthy of Any Marque' but it's also a bit of a pun as 'merkwaardig' as one word means odd or strange. The variety of cars attending was huge but I think the Ogle still must have been one of the lesser known marques. Not many people knew what it was, which must have made it fit in particularly well with the club's theme.
After the show I towed it behind the trusty Saab to a close acquaintance and Mini wizard named Sipke Blom, who will try to make the engine run, check out the clutch, brakes et cetera so that I might be able to drive it to a show next year or so. More to follow hopefully soon. 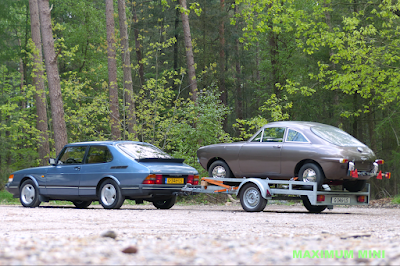 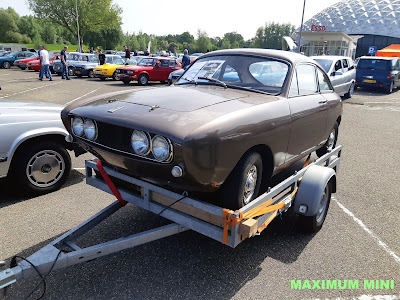 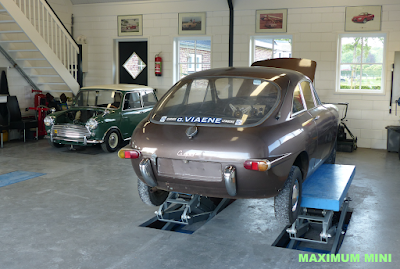