You may have come across one or two Stimson Mini Bugs, but chances of it being a Mk1 are low. These early cars were only built for a very short period of time in 1970/1971. Of the approximately 180 Bugs built in total, just some 20 were Mk1s with their sharper body edges and different detailing. Survivors are very rare.

But one great looking example of such a car has turned up recently in the East of England. Multiple Stimson car owner and great enthusiast of the marque, Paul Wylde, contacted me about it: "Hi J. Look what has just come out of its hiding place. It's been locked away for years and the best one I have seen. It's a Mk1 Minibug that's been in the family of the owner for years and he will not part with it. I have only ever seen one other Mk1 survive."
The car's owner added: "We've had the car in the family since the early 1980s. I'm just trying to decide what to do with it. It was in my late dad's garage and has not run for years." I love it! 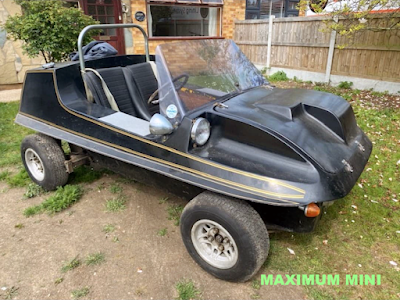 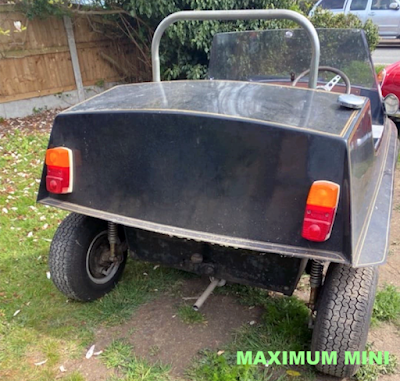 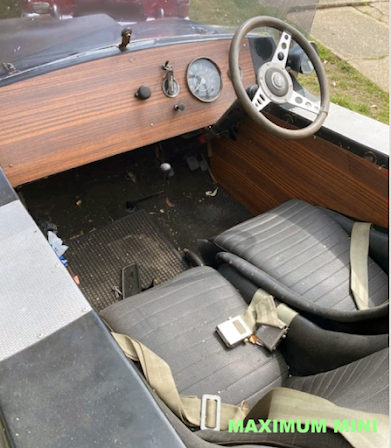 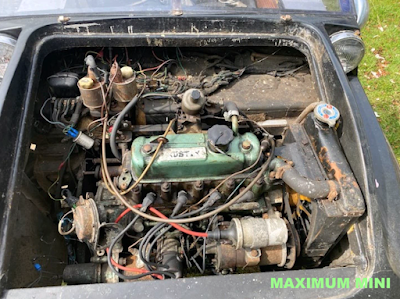 Engine is an 850 from a 1961 Austin Mini and the car is registered as such
Picture through Paul Wylde
Geplaatst door Maximum Mini op 08:00