Earlier this week there was this lovely Mk1 Stimson Mini Bug that had resurfaced, today it's time for another great Stimson creation. This was one I'd heard about but which I'd never come across before - a black Stimson Safari Six, registered 'YTP 1L'. But here it is! These pictures were recently made by Marc Simonnet and show the car in all its shiny black splendour at a show.

Safari Sixes that I know of are in the list below. Drop me a line if I miss out on any other cars: 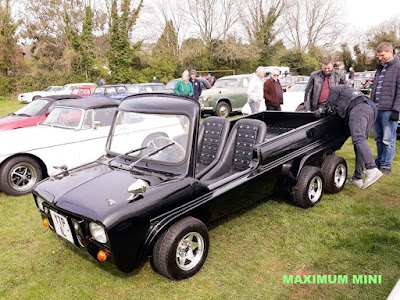 Perfect car if you like to get some attention at the local car show: Stimson Safari Six
Picture Marc Simonnet 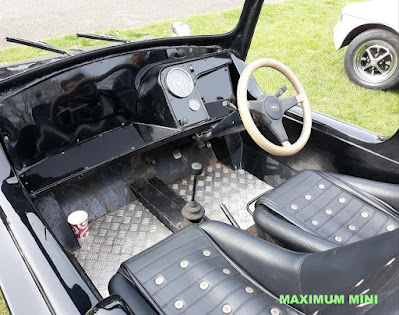 This one looks to be in an excellent condition and has to be the only one in black?
Picture Marc Simonnet 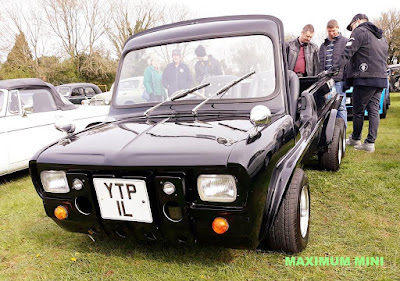 As with Stimson Mini Bugs there are Mk1's and Mk2's. 'YTP 1L' appears to be a Mk2
Picture Marc Simonnet
Geplaatst door Maximum Mini op 08:00