A mystery Mini based racer from the USA has intrigued me ever since I saw it for the first time in 2012. (click here). In the next years I got in touch with now-owner Steve Steeb of Michigan, who told me: "I have had no luck trying to identify it. I contacted a number of Vintage Racing people and a lot of Mini Cooper racers but have struck out." (his full story with more detail here).
Now, last week I bumped into some old pictures of a racing prototype built under the SWM name in Germany in the mid-1960s. This car was sold through auctioneer Bonhams (here), which gave some interesting information in its description. It was supposedly made in small numbers (6 to 7) by brothers Stefan and Wenzel Mannl of München. The cars originally used BMW 700 boxer-power 'which was later changed for an 850cc unit equipped with twin-plug ignition'. They were hill climbed and raced at a great number of events, amongst them the Ratisbona Bergrennen, Sudelfeld Bergrennen, Neubiberg Flugplatzrennen, the Schainsland hill climb, Rossfeld hill climb (where no less than 3 SWMs were entered in 1965) and at the circuits of Trier, Ulm-Laupheim and Innsbruck.
What struck me most is the body shapes and the size of the SWM prototype, definitely bearing similarities to our American mystery racer. At least more than any other contemporary racer car I can think of. Owner Steve Steeb ads: "Interesting. Similar wheel openings and front and rear profiles. I'll go back down the rabbit hole and see what I can turn up. I also recently contacted a guy in Florida who does a lot of research on American fibre-glass one-offs. I sent him a few pictures. He apparently travels sometimes and I am close enough to Detroit that maybe he could come see it someday. Meanwhile it is tarped and awaiting its turn in line (might be a few years!). THANKS for keeping me in mind! Cheers, Steve". Do let me know what you think, too. 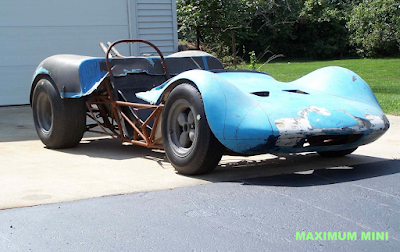 This Mini powered racer has been a mystery for ages now. Can it be solved?
Picture Jeroen Booij archive 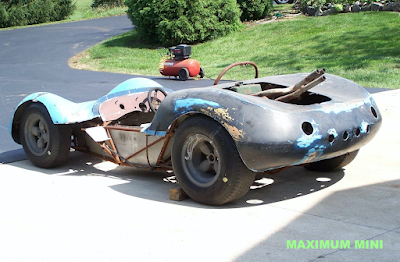 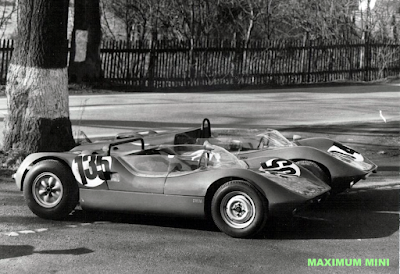 But looks at these two! They are SWM prototype racers from Germany
Picture Bonhams Auctioneers 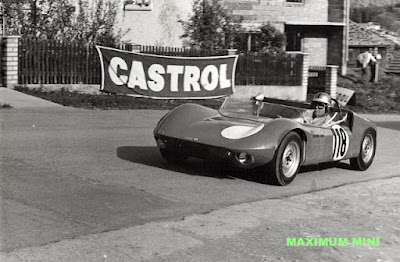 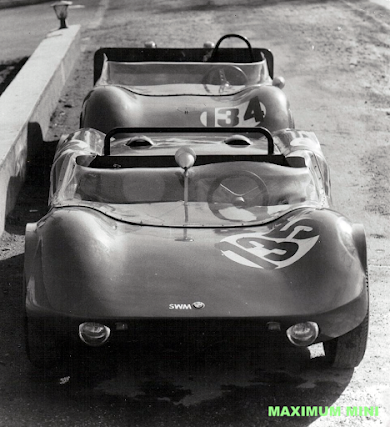 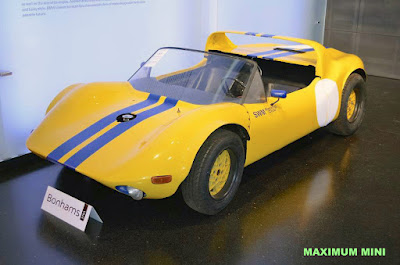