More news from Morris Bishop, the man who built the Mini based car that 'can virtually park on a postage stamp'. See more here or even watch a great little movie of the man himself demonstrating 'MoBi-One' here. Morris wrote: "Hi Jeroen. We are now back in Spain and I have had time to sort out the inevitable problems after being away for three months. I attach some of the pages from a draft of my memoirs that I am writing - there are more but I do not want to become a bore!"

"One of my favorite pastimes was competing in what used to be called 'driving tests'. This consisted of a series of tests to negotiate a complex course laid out with pylons against the clock, and whoever could do it fastest was the winner. The national championship was run by the British trials and rally drivers association (BT&RDA) and consisted of about 20 rounds held all over the country. Back in 1967 I was elected to the driving test committee and got permission to seek a sponsorship deal so that we could popularize the sport, and raise its profile in the eyes of the general public. Because I knew Stuart Turner, the sports director of Castrol, I secured sponsorship from them, which allowed for a much more professional series of event to take place. We rebranded the sport 'autotesting' to get away from obvious connotation. At the same time, I had my sights set on winning the Flather Star which was for the overall 'fastest time of the day' (FTD), so I decided to design and build a special: a car that does not have to comply with any production car restrictions, but is put in a separate class, and only competes with other specials and the times are loaded with a 10% penalty."

"Analyzing what would make a winning car I dreamed up a four wheel steering vehicle that would have an inside turning radius of approximately 4 foot. I decided to base the build on BMC 1100 mechanicals and bought a burnt out wreck. Some 6 weeks later it was ready for testing. The first few events were mainly to discover how to drive the beast. It quickly became clear that I was suffering from a lack of power, so I wrote Alec Issigonis at Longbridge Birmingham to see if he had a spare Cooper S engine laying around! And to my surprise and delight he organized one to be sent to me via their development facility Downton Works. Two weeks later I competed and won – and never looked back I achieved a back to back win of the championship 1969 & 1970. Since then many of the special drivers have built four-wheel steering vehicles." Nice story, isn't it? I really have to thank Morris once again. Now, wouldn't it be good if we could track the actual car down, too? 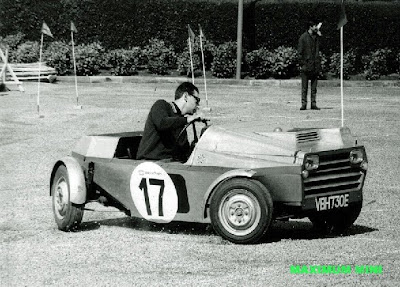 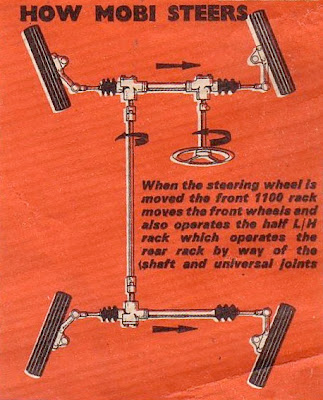 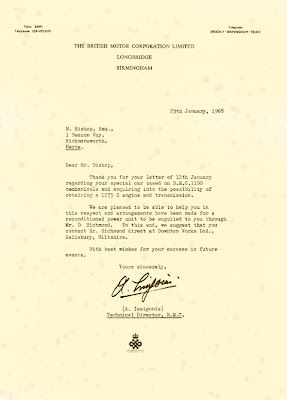 A letter from Alec Issigonis, much to Bishop's surprise
Picture courtesy Morris Bishop 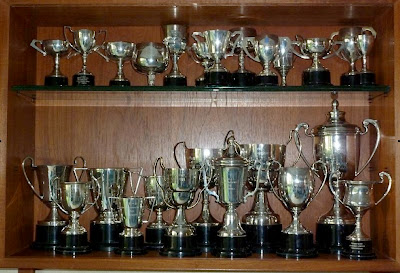