Time for a Mystery Mini Midget, as this time's Mini based mystery car was used for Midget racing in the UK's early 1970s competition. I know more then I normally do about the car as it made it to a mention in a report in Hot Car magazine in 1971. It was snapped back then when driven by a chap named Hedley Leyton and sponsored by Radio Luxembourg 208 (their frequency in its day). One of the captions mentions the design is from Bob Waterman, and it seems to me he was influenced by the late Allan Staniforth's design for the Terrapin. Could he have been the same Bob Waterman that used to be head mechanic for Team Lotus in the 1960s? If so, I would be surprised if only one car was built... 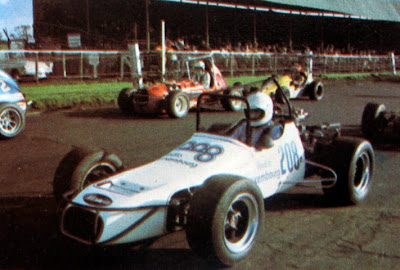 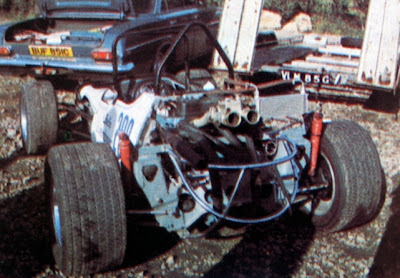