Don't think the new Mini Coupe is an all-new concept. It was done before, only not by Longbridge. In the UK you could have your Mini converted in a sleek fastback coupe by a company named New Era (they built 3), but it were the Aussies who really knew their fastbacks. Bill Buckle of Brookvale, New South Wales converted your car into the Buckle Monaco which he did some 30 times; there was a coupe conversion from a company named 'Automotive Refabrication Pty. Ltd.', again in Brookvale (more information welcome - I have only one 1967 advertisement). And last but not least there was the Ecurie de Dez 2+2 from Des Higgins in Salisbury South. Higgins built only 5 such cars, but when you have to believe the contemporary reviews from Australian magazines "it has a quality to be seen to be believed. It looks anything but a home-grown special". In an advertisement that I have it is in fact named 'Mini Coupe', see below. Nothing new here. 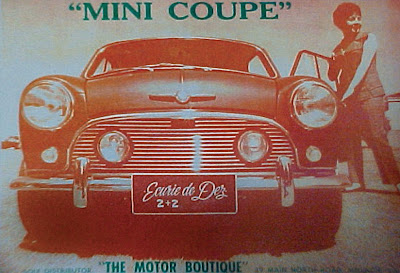 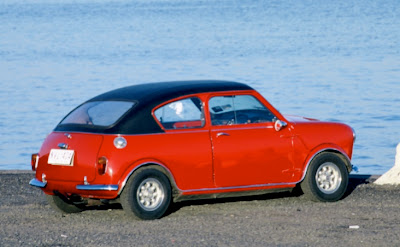 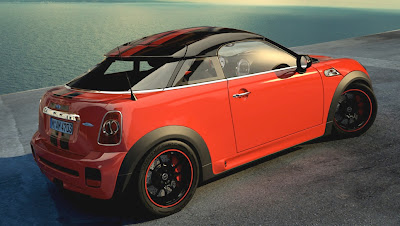