Months after Silverstone Auctions hammered off a historic Deep Sanderson (see here and here), the auction house will offer another such car in their sale of November 4. This time not the DS 301 Le Mans car but the unique DS 105 (it is for sale for a while, see here or contact Sovereign Car's Larry direct at 07860 969696). And again it is thought it may well break the barrier of World’s Most Expensive Mini Derivative. Will it? Who knows. But as a bit of a Deep Sanderson devotee, let me guide you through the car’s history as it surely is one special car.

In fact, according to its late designer, Chris Lawrence, it was the most fun car he ever built. This while the task of building it came by chance as in fact Daniel Richmond, of Downton Engineering, had been approached to do so as he had been largely responsible for the twin-engined Mini Cooper that nearly killed John Cooper, too. Due to that accident BMC banned to build any more such cars and so Richmond handed over the task to Lawrence, with Downton supplying the two 1071cc engines (I think - other sources mention 1137; 1171 and 1200cc - JB).

But who was this customer? That, too, is somewaht fuzzy. In his biography Chris Lawrence writes it was Reg Harris – a motor sports enthusiast who had won several champion titles as a cyclist in the late 1940s and early 1950s (more here). However, most period literature does not mention Reg Harris but Reg Philips, another motor sports enthusiast who’d built and raced a few specials before (see here). But whichever Reg it was; he ordered the car as a single seater. Lawrence said about this: “I made it absolutely as simple as I could, with a Mini subframe at the front (...), and a Deep Sanderson cross member and suspension at the rear hitched together with a few strategically placed one and a half inch square tubes. The rest of the build put the driver in the middle, with a small fuel tank behind him and a suitably body trying to make something that was inherently ugly look good. Finally there were lots and lots of linkages working two gearboxes, two throttles, two clutches and the rest simultaneously.”

But work was half ways when Reg announced he could actually not afford the car, and Lawrence decided to keep it for himself and find a buyer when finished. It was just in time ready to be entered – unpainted and with number '1' – for the 1963 Boxing Day race at Brands Hatch, where it attracted quite a stir. Only weeks later, the car made it to the LawrenceTune stand at the Racing Car Show on 22 January 1964 where the upper half of its body was taken off to show its unusual mechanicals. Still unsold but now at least painted, Lawrence drove it again in April that year at the Grovewood Trophy at Mallory Park where it raced against Formula 2 Coopers and Lolas. An earlier problem with the cooling circuit was now solved and the car did well. Lawrence wrote: "It was huge fun. I can remember just hooting with laughter in my crash hat all the way round." What he did not know is that his life would take an unpredicted turn soon after. More on that in part 2. 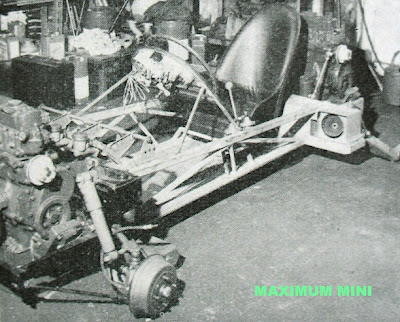 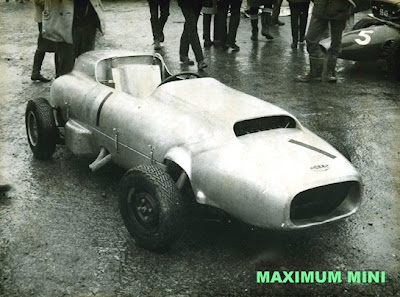 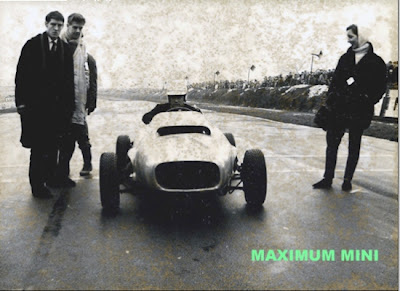 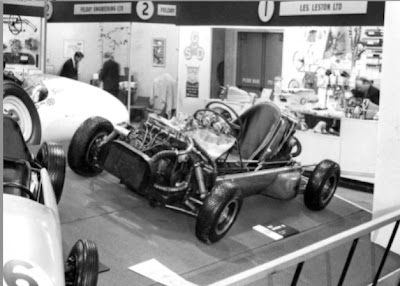 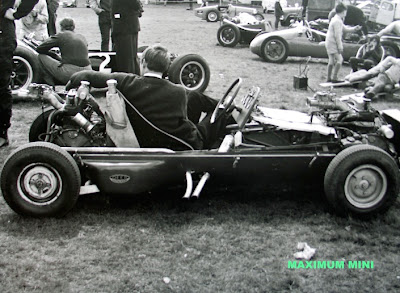