Modern cars all seem to be marketed in some sort of glamourous way in which even a new Land Rover, not too long ago a no-thrills country device, is unveiled by Victoria Beckham at Kensington Palace. Don't think Mini derivatives will ever be associated with that kind of glitter. But hang on, I forgot all about the TiCi. The cheecky little Mini based city car that was backed by ERA founder Raymond Mays and promoted by racing driver Stirling Moss by transversaly parking it in London's city with a string of dolly birds in and around the car. That should have been enough to attract some of the more glamourous types, shouldn't it? Well, according to some sources it did just that. And apart from Sir Clive Sinclair, who is said to have converted his TiCi to electric power, the late 'catwoman' Eartha Kitt (see here) is said to have bought one, as did Dave Bartram and Romeo Challenger of glamrock group Showaddywaddy (click here at own risk). 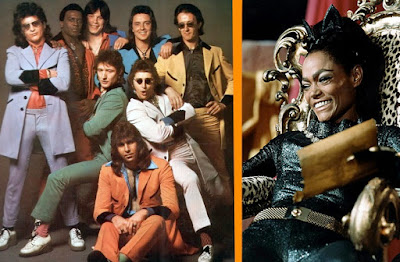 The car reputedly driven by the two band members wore chassis #5 and is currently owned by TiCi enthusiast Ian Mitcheson, who owns three of these little Mini derivatives. Ian wrote to the Showaddywaddy fan club to see what was true about its background: "Hi folks,  I am a fan of SWW and saw them a few years ago when they came to  Cleethorpes. My question however is about a car allegedly owned by  Dave and Romeo (...) It's a small yellow two seater with a Mini  engine at the back, fun but not very practical. The designer of the  car lived not too far from the guys in the group so its not  impossible. Does anyone know anything about this, I guess a photo  would be too much to hope for?"

Next, it took a while but a picture did come in the end from John Langham, who wrote: "Not sure about Dave or Romeo having a TiCi, but I was in business with Trev (band member Trevor Oakes - JB) at Leicester Camera & Video Exchange and we bought a TiCi for promo - we drove around in it with a giant Kodak box on top! I remember what an awful car it was to drive - I couldn't wait to get back to my Granada Ghia!" Okay, okay, that's not all too glamourous, but perhaps somebody else can shed a light on the other TiCis owned, or not, by 1970s celebs? 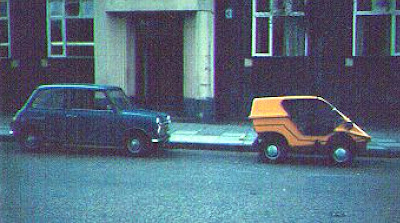