A few Mini derivatives that were thought to have gone lost have been unearthed in Sweden in the last few years. The Holmbarth / Automec Special in the first place (a number of articles here), and I think this Ogle SX1000 can now be pinned down to the US also (click).

But the Swedes also had a yellow Cox GTM raced by Dagobert Swensson in the 1960s (more here) - I had a feeling that car had to survive, too, and kept on chasing pictorial evidence of its survival, which finally came in some time ago from the car's current owner Magnus Larsson. I understand the car is in a very original condition with Magnus taking it out every now and then. 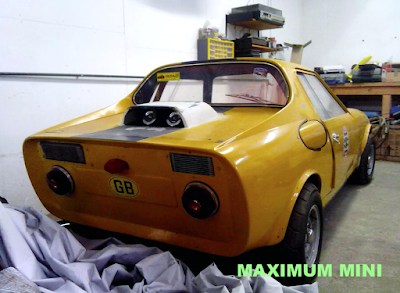 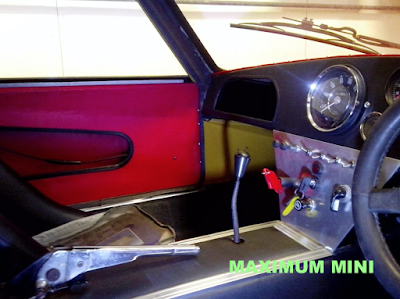 Basic interior fits this racer very well. It was driven by Dagobert Swensson in the 1960s
Picture courtesy Magnus Larsson 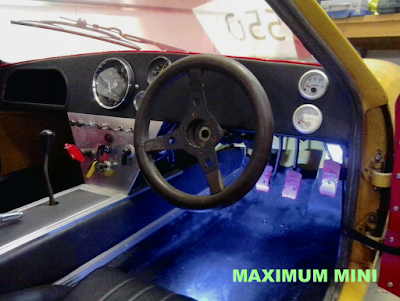 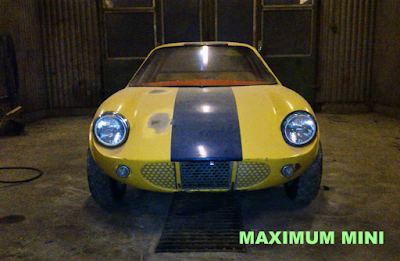 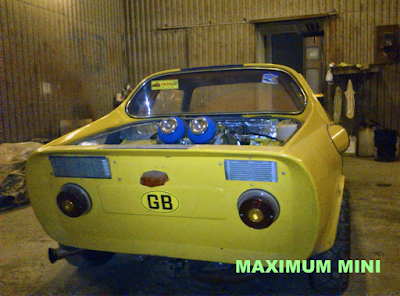 1293cc power. Side air intakes have always been on the car. GB decal may have been, too?
Picture courtesy Magnus Larsson 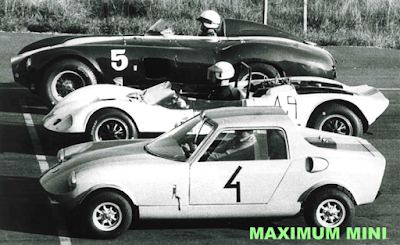