Jeremy Delmar-Morgan passed away at 77

It's with great sadness that I found out about the death of Jeremy Delmar-Morgan. Only now, as he passed away on 12 June 2018 at the age of 77 already. That's almost two years ago, but I thought the man definitely deserved an obituary here despite the time lapse. Unfortunately I never had the chance to meet him in person.

Delmar-Morgan was born in a gentry family in London and got in touch with Hillman Imp tuner Paul Emery in his early 20s. It was under Emery's flag that he entered his first race in 1964: the Nürburgring 500 Kilometres in September that year and behind the wheel of an Imp. From that moment on a real taste for racing was developed and Delmar-Morgan showed up at a wide variety of tracks with Emery tuned Imps, a Lotus 23, a Brabham BT8 and even several Divas for the works team.

It was in Emery's London workshop, though, that Delmar-Morgan first learned about the DART of Dizzy Addicott. Emery had given a hand in the car's build and Delmar-Morgan liked the idea of a much streamlined Mini for racing. The car was eventually launched on the Racing Car Show of January 1964 at the Emery stand. When Delmar-Morgan found out that Addicott had enough of the DART project in a premature state, he took it over it for 750 pounds and turned the car into the Mini Jem. Meanwhile, Jem Marsh did a similar thing in launching the Mini Marcos...

Delmar-Morgan set up Jem Developments Ltd. and started a racing campaign with his Mini Jem, the first race once again being the Nürburgring 500 Kilometres of September 1966. He came home at a very respectful 18th overall and 2nd in class. Delmar-Morgan built and sold over 20 cars from his workshop in West London. In November 1966 he moved to Penn Garage in High Wycombe where Robin Statham rented him premises. Delmar-Morgan saw it as a temporarily solution as he had plans to move to a new factory close to Silverstone but these plans were never realised. He delivered another 12 body shells from Penn Garage, but then had enough of it. Delmar-Morgan then sold the Mini Jem project to Statham (obituary here) halfway in 1967.

He continued to race up until 1969, mostly in a privately entered Porsche 906. After that he focused on a career in investments. He married twice and had four children. 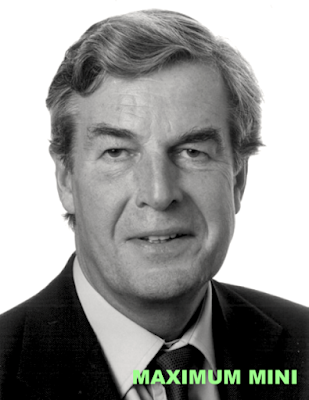 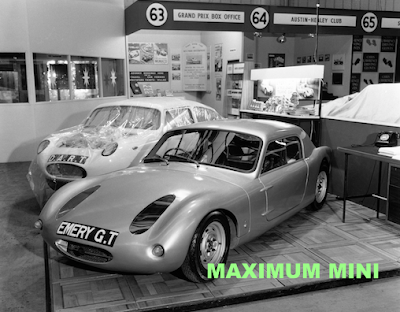 He was friends with Paul Emery who had a hand in the development of the DART...
Picture Jeroen Booij archive 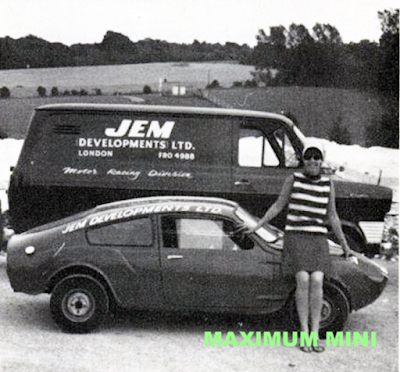 ...And from the DART came the Jem - first production car seen here with works van behind
Picture Jeroen Booij archive 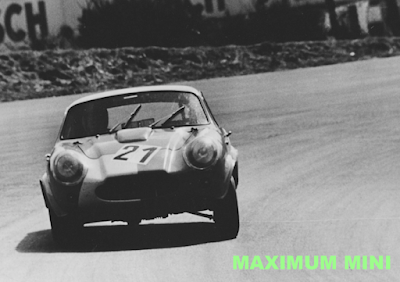 Delmar-Morgan raced a Mini Jem with some success. Here seen at the Nurburgring in 1966
Picture Jeroen Booij archive 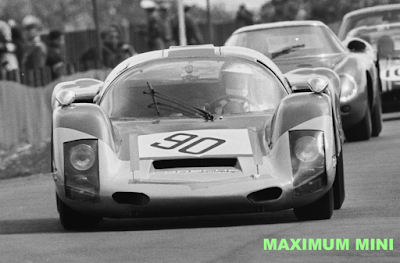 After that he was mostly seen behind the wheel of his Porsche 906 - here at Brands Hatch
Picture zuff.be