What happened to the electric Mini Marcos?

With more and more classic cars getting electrified these days, let's have a look at a Mini Marcos that had been modified in this way back in 1968. It was built by professors James Lacy and John Byrne who both worked for the department of electrical engineering at the University College of Dublin.

A quote from an article that I found: "The car was initially conceived as a research vehicle for Byrne's research into low-loss drive systems and Lacy's into control systems, but became a substantial project in itself, attracting support and interest from a number of companies. Extensive research was carried out into ways to minimize loss mechanisms, and the car incorporated regenerative braking."

According to the piece Lacy used it for his daily commute for some years to the campus at Merrion Street in Dublin, covering 20 miles a day at a top speed of just over 30 mph, using it as a rolling test bed to evaluate several motor control systems. The professors were jointly awarded the Mullins Medal by the IEI in 1970 for a paper on this subject. Now, about the car: was 'HZO 888" an Irish built Mini Marcos in the first place? I also wonder what happened to it afterwards..? 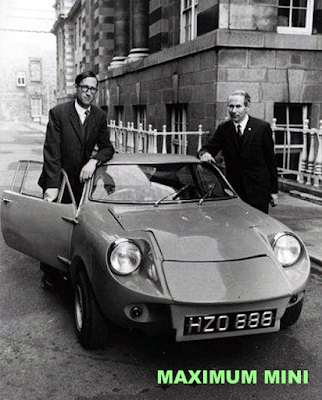 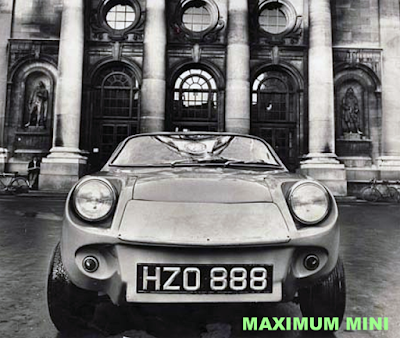 Lacey used the car as a daily driver for a number of years. Its top speed was 30mph
Picture University College Dublin