The tale of the Mini powered Méan Sonora (1)

Years ago I stumbled upon a brochure for the Méan Sonora. A pretty two-seat sports car with space frame and fibreglass Spider or Coupé body that was built from the mid-1960s on in the tiny little village of Méan in one of Belgiums more rural parts. Not a lot were sold, despite even having a British importer. Hot Car magazine wrote about it: "Competition in the special-body field, such as this Méan kit is refreshing, providing a challenge to our designers". Being a kit car the Sonora could be built up with a multitude of engines, all placed amidships. Méan Motors was also happy to provide you with a built car, in which case you just had to chooose from NSU, Ford, Renault, Simca, VW or even Porsche power! But hang on, in the brochure a Sonora could be seen with a Mini engine, too. There was even a sign 'Méan BMC Mini' to explain the noteworthyness of that specific car. I became intrigued by it, and found a few more pictures of the car. From what I read about Méan Motors I learned that the chap behind it, Jacques d'Heur, must have been a colourful charachter, too, triggering me even more.

So when I was in Belgium not too long ago, I decided to take a look at the old address where the cars were built, although I knew Monsieur d'Heur had moved from it years and years ago. When I got there the old works premises turned out to be a big surprise - they were nothing less then a castle. And a pretty one too! Unfortunately there was no one at home and I returned home with no more information. However, more recently fellow Dutchman Peter Camping, an enthusiastic subscriber to this blog, researched the Mini powered Méan a bit harder. He got in touch with Daniel Dodeur of 'l'Amicale Méan Motor Engineering' - a club dedicated to Méan and its cars, who was able to unveil the tale of how the Méan BMC Mini came to be. A good story, really, that I will share with you in the next part. 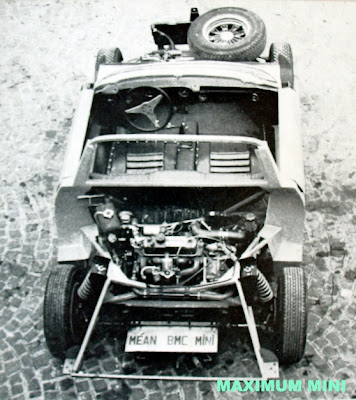 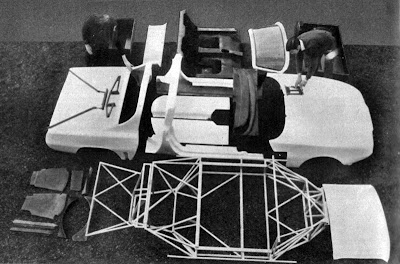 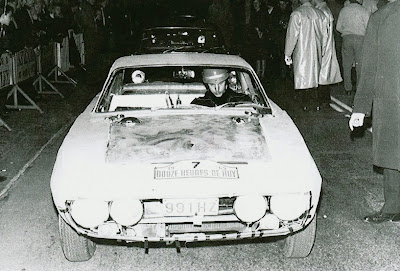 A works Sonora was rallied, too. This is on the 12 hours de Huy rally of 1965
Picture courtesy www.motorlegend.com 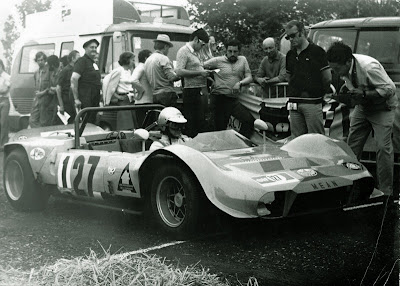 While a mean looking Méan Spider was raced. Who knows the venue?
Picture courtesy www.autodiva.fr 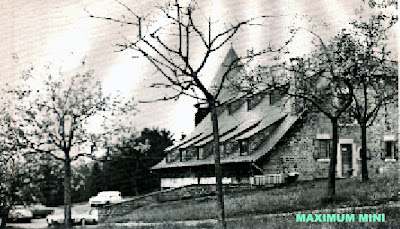 The only picture I have of the works premises - a castle! Unfortunately I couldn't see it 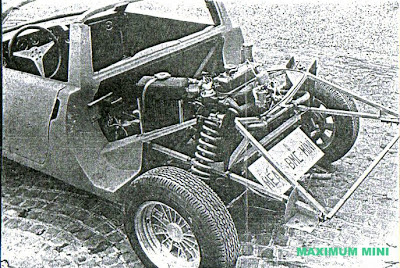 The Méan BMC Mini from another angle. Suspension clearly is not BMC sourced
Source: l'Automobile magazine