I'm sure you know that Mini based cars are popular in Japan and from the late-1980s on quite a few were exported to that side of the world. I even believe Nippon is the nation with the biggest number of Unipower GTs and Landar R6s - there are more of these over there then there are in the UK for sure! The thing is that the Japanese continu to surprise me. This week I was sent over a link with some pictures of a Japan based Unipower (Mk1 I think), photographed earlier in June; it was new to me. That would make it the 10th example in Japan that I know of. Or is it an existing car that was resprayed? The door handles (Morris Marina alert) suggest it is not. I think the names on the wing read 'Y Baba', 'K Komeyama' and 'Y Gomibushi' but if google translation serves me right there is also a Mr. Tomohiko involved. Who knows more about it? 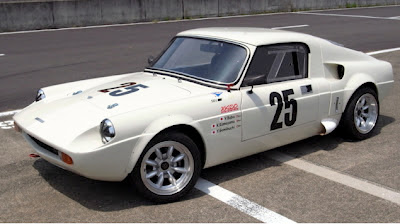 Is this white knight the 10th known Unipower GT in Japan? 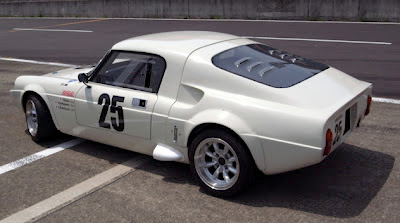 Meanwhile, Kent Garage, a Mini specialist in Shizuoka with a soft spot for Mini derivatives, decided to    get their old Mini Jem Mk2 going again to return to the track on the 22nd of August this year. It's been gathering dust for years so there's plenty of work to do, but I'm sure it will be a cracking little racer again. 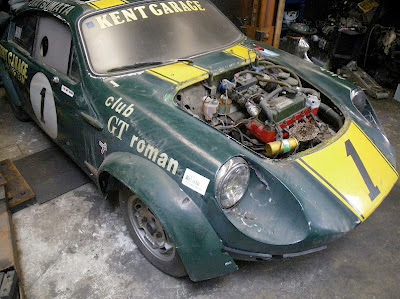